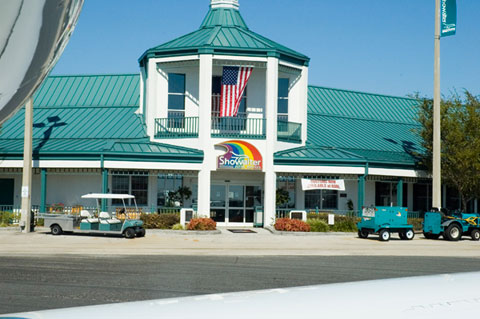 Showalter Flying Service at Orlando Executive Airport has long catered to a business clientele. Owner Bob Showalter has waived fees for student flights in hope of boosting the pilot population.

About 15 to 20 student flights a month are taking advantage of a fee-free offer from a busy Florida FBO. It wasn’t, strictly speaking, a business decision—there’s a reason that FBOs charge handling fees. In this age of increasingly fuel-efficient aircraft, operators like Bob Showalter, owner of Showalter Flying Service, often watch aircraft come and go without taking on a drop. Showalter said he decided to waive fees he would typically charge for a training aircraft—ranging from $14 for a light single to $40 for a twin—because Orlando Executive Airport has nearly a dozen single-engine airplanes owned by nonpilot executives that are flown by professional pilots, and he worries the day may come when there is nobody left to fly them.

“I have a very deep concern about the number of pilots we’re going to have,” Showalter said, noting the vast majority of students he sees these days are training for airline service. “They’re not, other than recreationally, going to be available for a businessman who wants to ride in the back of his King Air, or even his Cirrus.”

Executives who opt to get their own certificate need training and experience negotiating busy airspace. Orlando Executive is a few miles north of Orlando International Airport, and south of Orlando Sanford International, an ideal place for that.

While the fees may seem small, they can add up to $1,000 to the cost of a private certificate, Showalter said, and that discourages students from developing skills needed to safely use congested airspace.

“I’m really just talking about encouraging people to learn how to fly by lowering the cost of visiting a big city airport,” Showalter said. “Most of them are buying a little gas.”

Showalter is working to spread the word in hopes it will encourage FBOs around the country to adopt student-friendly policies that, in turn, make flight training a little more accessible.

“I think it’s going to help us,” Showalter said.

Showalter is not alone.

Valdosta Flying Services, an FBO at Valdosta Regional Airport in Georgia, has long been a student-friendly destination, though with a less formalized approach. Vice President Billy Lewis said pilots, be they students or certificated, have never been charged for quick stops. Spend a few hours, take a nap, borrow the courtesy car, and expect to pay a few dollars, but quick visits don’t come with a bill attached.

“We’ve always tried to be real fair about it,” Lewis said. “As long as it’s not abused, I guess we’ll make it policy.”

Lewis agrees that encouraging students and reducing barriers to earning a pilot certificate are goals that everyone in aviation should embrace before the pilot population declines to critical levels.

“I think the industry is rapidly awakening to the fact that there’s going to be a big shortage,” Lewis said.

Valdosta Flying Services is also a popular stop on the way to Sun ’n Fun, offering free lunch (barbecue, burgers, or both) to visitors marketed as “Free, Cheap, and Easy.” That’s free lunch, cheap fuel, and an easy place to stop on the way south.