Get the app Get the app
AOPA Members DO more LEARN more SAVE more - Get MORE out of being a pilot - CLICK HERE
News & Media GA market flat, but faces change 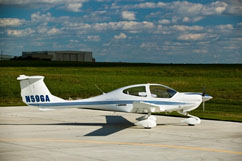 A generation ago, the top piston-aircraft producers were as predictable as the top auto manufacturers. Cessna, Piper, Beechcraft, and Mooney were the GM, Ford, Chrysler, and everybody else of the auto world. Today, the world looks quite different. As has happened in the auto market in the past 20 years, foreign aircraft manufacturers have made great inroads into the U.S. markets. The top manufacturers of piston airplanes are Cessna (413 piston airplanes), Cirrus (255), Diamond (185), Piper ( 102 ), and Hawker Beechcraft (28), although Hawker Beechcraft has not yet released its fourth quarter shipments. Mooney produced no airplanes in 2011.

Some of the names are not the only things that have changed in the past 20 years. So have the corporate ownerships. Cirrus is owned by the Chinese. Diamond is Canadian-owned. The Sultan of Brunei owns Piper, and Hawker Beechcraft’s primary owner is a Canadian company. Only Cessna, which is owned by conglomerate Textron, is still primarily U.S.-held. 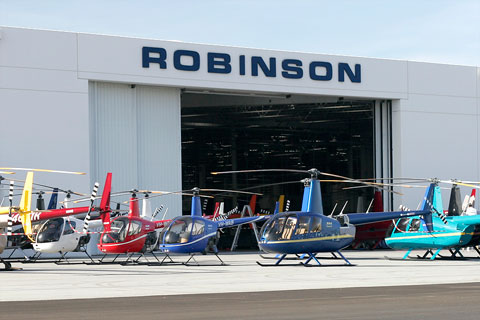 Furthermore, it is worth noting that not all piston-powered aircraft are airplanes. Family-owned Robinson Helicopter, based in California, produced 268 piston-powered helicopters (and another 88 turbine-powered ones).

While the number of piston-powered airplanes delivered was down 1.5 percent in 2011 compared to 2010, according to the General Aviation Manufacturers Association, some manufacturers see some reasons to be optimistic.

Piper President and CEO Simon Caldecott said his company increased its revenue from aircraft sales by 9 percent in 2011 over the previous year, mostly thanks to greater emphasis and deliveries on its M-series airplanes—the piston-powered Matrix and Mirage and turboprop Meridian. 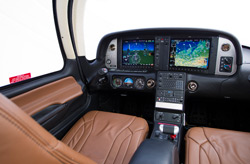 Cirrus claims the best-selling model again in 2011, a position its SR22/SR22T has held for a decade. Cirrus also claims to have sold more certificated single-engine piston airplanes than any other manufacturer, which is correct if you discount the 168 Skycatcher light sport aircraft that Cessna sold. LSAs are technically not certificated airplanes; they are built to an ASTM standard. Cirrus sold more airplanes in the fourth quarter than it has in any quarter since the end of 2008, a potential sign of an improving market, or a validation of the importance of the federal government’s 100 percent depreciation program that ended with 2011. GAMA and others in the industry are urging the government to renew the program for 2012.

Additional details about 2011 delivers are available on the GAMA website.

Contributor (former Editor in Chief)
Contributor and former AOPA Editor in Chief Tom Haines joined AOPA in 1988. He owns and flies a Beechcraft A36 Bonanza. Since soloing at 16 and earning a private pilot certificate at 17, he has flown more than 100 models of general aviation airplanes.
Go to Thomas B Haines's Profile
Topics: Aviation Industry, Financial, General Aviation Manufacturers Association