Get the app Get the app
Already a member? Please login below for an enhanced experience. Not a member? Join today
News & Media Astronaut with GA roots prepares new generation of explorers 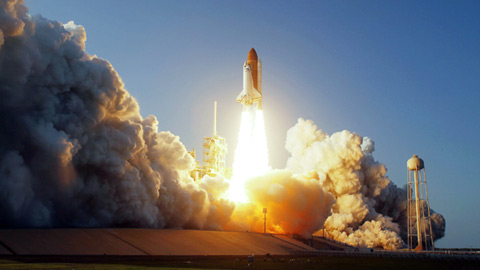 Space shuttle Discovery and its six-member STS-133 crew head toward Earth orbit and rendezvous with the International Space Station.

“Almost like an engine on a car, a big engine on a car,” recalled NASA astronaut Nicole P. Stott, one of six astronauts on board as STS-133, the final mission for Discovery, launched Feb. 24, 2011. Nothing, Stott said, can prepare a person for what happens as the clock strikes zero: solid rocket booster ignition.

“You wonder if you were on a launch pad,” Stott said. “Almost immediately, it feels like there are three of you sitting on top of you.” 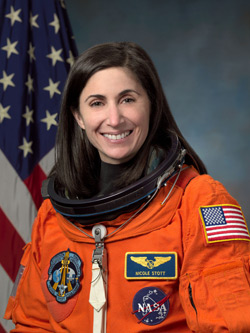 Stott’s 13-day mission in 2011 was her second trip to space—Stott spent 91 days aboard the International Space Sation in 2009—a highlight, if not the culmination, of a space flight career launched, in many ways, at a small Florida airport, riding in her father’s Skybolt.

Stott grew up in Clearwater, Fla., where her father, Fred Passano, was a founding member of Experimental Aircraft Association Chapter 282 at Clearwater Air Park. Stott said her early experience in aviation “is probably the single greatest influence on the path that led me to being an astronaut.

As long as I can remember, I’ve been hanging out at an airport somewhere.”

Stott earned her pilot’s certificate as a student at St. Petersburg College (then known as St. Petersburg Junior College), and went on to earn a bachelor’s degree at Embry-Riddle Aeronautical University and a master’s degree in engineering management from Central Florida University. Stott landed an engineering job with NASA in 1988, long before she considered applying for astronaut training. Encouraged by mentors, Stott, an instrument-rated private pilot, began astronaut training in 2000, and said her aviation experience provided a solid foundation for space flight. While NASA does not require previous flight experience, an introduction to the T-38 jet trainer comes very early in the training program.

“There really is something about the way you have to manage yourself in an airplane,” Stott said. Crew members must work as a team, maintain situational awareness, and respond to changing circumstances.

Stott said flight training and an aeronautical education proved valuable in many ways, including assignments manipulating a robotic arm aboard the International Space Station.

“All the same skills you would use as a pilot you’re using to move that arm around in this three dimensional space,” Stott said. “To me, it all really does come back to skills of flying.” 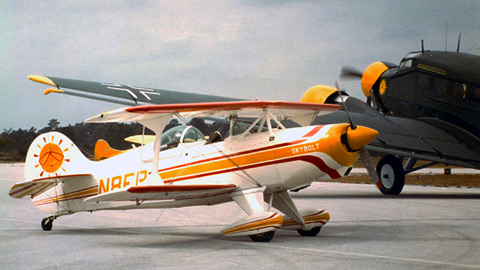 Nicole Stott, age 15, taxis with her father in his Skybolt at Clearwater Air Park in Florida. Photo courtesy of Nicole Stott.

Stott credits her father with lighting the spark of aviation interest, and has sought opportunities to pay that forward. An active member of the EAA chapter, Stott has been the star attraction for many participants in the local Young Eagles program.

Her advice to the future aviators?

“To not even include the word ‘impossible’ in your vocabulary,” Stott said.

The final mission aboard Discovery behind her, Stott is working now to prepare a new generation of astronauts. Her current NASA assignment has her stationed in Florida as NASA gears up to assist commercial operators preparing for space missions. NASA is launching a program this year to assist commercial operators with funding and technical expertise, forging public-private partnerships that aim to foster a new generation of American-made space vehicles.

“I’ve enjoyed doing that because it helps me see what’s coming in the future,” Stott said. 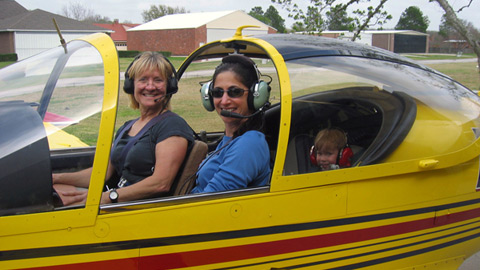 Stott said she is also on a “personal mission” to spread the word about the benefits of space flight, noting many advances in technology that improve life on Earth came directly from space. Sophisticated filtration systems that produce clean drinking water from waste, now being deployed in places like Haiti and Rwanda where potable water is scarce, are just one example, Stott said.

“I can tell you that everything we did up there, and it didn’t matter if it was a science experiment or a deliberate research activity, everything about it had a two-fold purpose,” Stott said: “Improving life here on Earth, and helping us figure out how to live off our planet. It really is a beautiful thing.”

Stott said the new chapter in the nation’s space odyssey now unfolding is reminiscent of the early days of aviation.

“It’s neat to me to see people like Burt Rutan and these other companies looking at it from all different ways,” Stott said. “Even just suborbital stuff is really cool.” 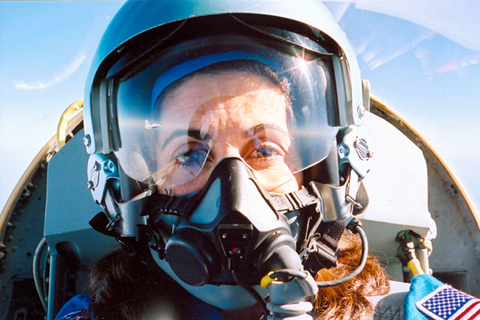 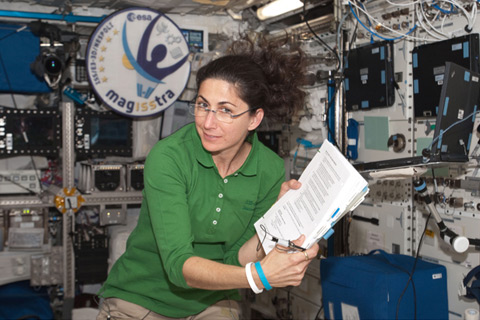 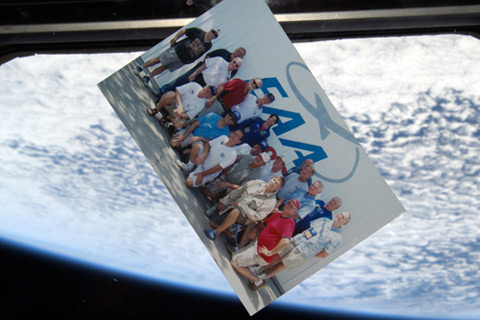 Astronaut Nicole Stott took this picture from space, framing a photograph of EAA Chapter 282 members whom she credits with helping launch her space career. Photo courtesy of Nicole Stott. 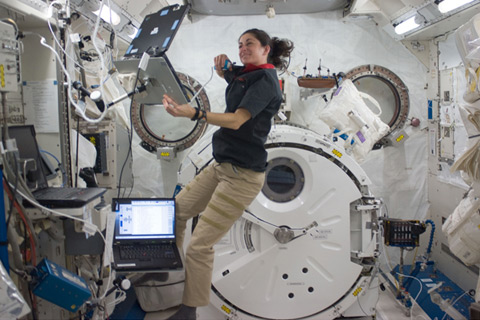 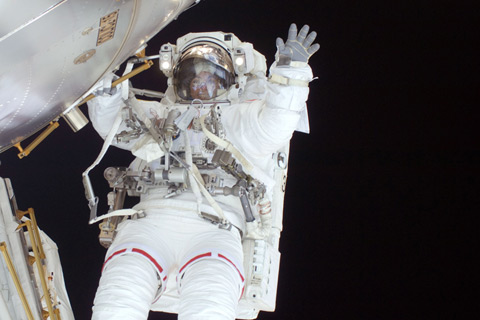 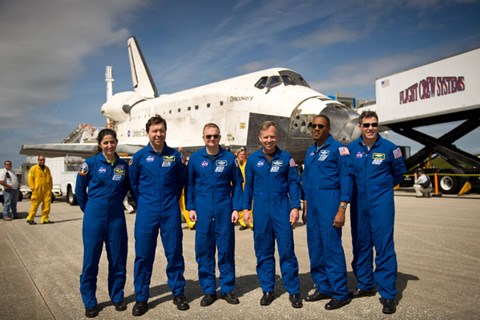