Get the app Get the app
AOPA will be closing at 2:30pm ET Wednesday, November 23rd, and will remain closed Thursday and Friday in observance of the Thanksgiving holiday. We will reopen Monday November 28th at 8:30am ET.
AOPA Members DO more LEARN more SAVE more - Get MORE out of being a pilot - CLICK HERE
News & Media &lsquo;Red Tails&rsquo; Mustang entices Oshkosh bidders 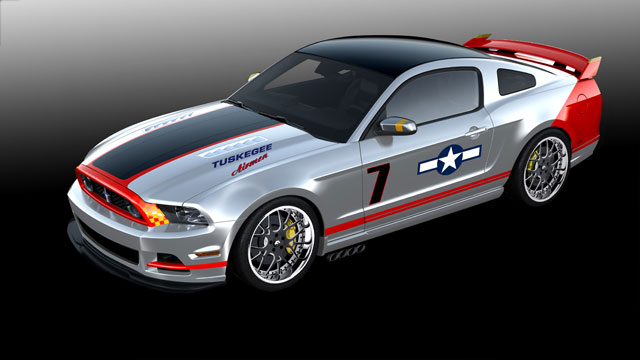 EAA AirVenture 2012 will feature a “Red Tails” Mustang, and it’s not what you may think.

A polished aluminum and silver chrome custom 2013 Ford Mustang up for auction at the show evokes the distinctive P-51 Mustangs flown by the Tuskegee Airmen in World War II, but this one-of-a-kind creation was born for the roads. The “Red Tails Edition” Mustang, the fifth in a series of unique, aviation-themed vehicles provided to the Experimental Aircraft Association to raise money for its Young Eagles program, will be auctioned off on July 26 at the Gathering of Eagles fundraiser.

With red and yellow accents, the rear seat removed to accentuate a cockpit environment, and race seats embroidered with a “Red Tails” logo, the car pays tribute to the Tuskegee Airmen, the first African-American aviators in the U.S. Army Air Corps, who proved their mettle in World War II. The airmen earned the nickname “Red Tails” because their aircraft’s tails were painted red for easier identification.

At $400,000, the “Blue Angels” Mustang drew the top bid at the fundraiser last year; in total, the auction vehicles donated by Ford Motor Co. have raised more than $1.5 million for the Young Eagles program, according to a media release. The “Red Tails Edition” Mustang is equipped with a Ford Racing 2.3L Whipple Supercharger and handling pack, Forgiato 20-inch custom wheels, and other custom features, according to the release; puddle lamps project “Red Tails” onto the ground. The vehicle will be on display July 23 through 29 at the Ford Hangar at EAA AirVenture in Oshkosh, Wis. 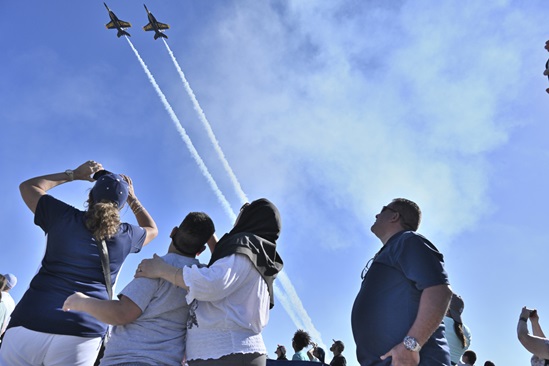