Get the app Get the app
AOPA will be closing at 1:45pm ET on Tuesday, December 6th. We will reopen Wednesday morning at 8:30am ET.
AOPA Members DO more LEARN more SAVE more - Get MORE out of being a pilot - CLICK HERE
News & Media Warbirds, King Air, Skyhawk power through to advance

AOPA's Favorite Aircraft Challenge is becoming popular for many members, with voting now closed for all first rounds. Now that second round action has begun, some big-name entries are showing their stuff to prove they're worthy of being in the finals on April 1 and 2.

Let's wrap up some early second round contests, and try to determine which aircraft in the East Region will make it past the third round:

East Region Round Two results: To nobody's surprise, the Aeronca Champ—with its wonderful “low and slow” personality—was no match against the popularity of the P-51 Mustang. With 1,490 horsepower cranking out of its Rolls-Royce Merlin engine, the 'Stang pulled away early and never trailed. And while the Robinson R22 brought a strong reputation as the top-selling civil helicopter into its contest against the Beechcraft King Air family, it could not overcome the stamina of the King Air, which led early and held on to advance.

The Maule M-5 brought its STOL game to the battle against the venerable Cessna 172 Skyhawk, and the backcountry fans of the M-5 kept this one closer than many expected. But the stable Cessna 172 drew out the flight training vote to score the win. And since Vought's F4U Corsair has a large and loyal fan base, that following helped this invincible warbird send the Pilatus PC-12 on an extended vacation back to Stans, Switzerland.

East Regional Round Three predictions: Even though it's versatile enough to once have been used as Air Force One in Texas for President Johnson, the King Air will not be able to muster enough votes to move on against the P-51 Mustang. The way the P-51 is slicing through the field makes many think that a spot in the finals for the North American masterpiece may be inevitable.

And while the P-51 versus King Air contest is easy to call, the Cessna 172 versus F4U Corsair battle is more of a toss-up. An enormous contingent of pilots has either trained in or currently flies a Skyhawk, which should translate into a win for the 172. But like the P-51, the Corsair holds a special place in the heart of almost all aviators, and it'll have all 18 cylinders of its R-2800 Double Wasp engine breathing fire at tip-off. In a close one, I predict the capable Skyhawk will sink a three from downtown at the final buzzer to snag the thinnest of victories.

Dan Pimentel, an instrument-rated private pilot who has racked up more than 400 hours in 16 years of flying, is also an aviation author and writes the Airplanista Aviation Blog. 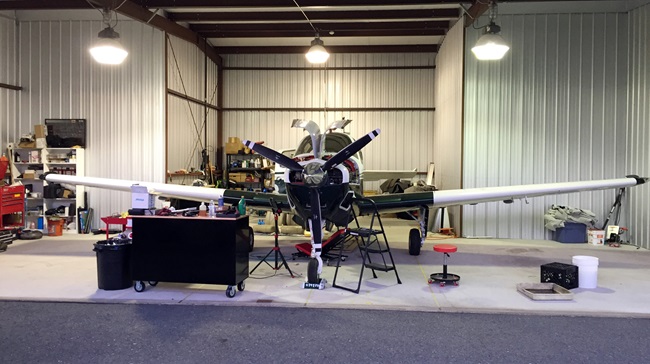