Flying around the world for education

What’s the best way to reach kids about careers in aviation, or just interest them in science, technology, engineering, and math? First, draw them into an adventure. Next, fly to where they are. That’s the two-pronged approach of Florida resident Judy Rice, who plans a flight around the world in 2013 under the banner of ThinkGlobalFlight.org. She’s the captain. 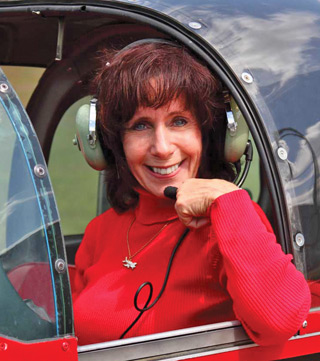 Her flight will be under the control of students around the world. There is already interest in China, India, and of course the United States. The students will operate control centers and receive a visit from Rice and her navigator, Fred Nauer. He also has been her flight instructor.

On loan to her for the three-month flight is a Cirrus SR20 from Guidance Aviation in Prescott, Ariz. It will be equipped with an extra tank for longer legs of the flight, some reaching 20 hours nonstop. It is equipped with the Garmin Perspective glass cockpit.

Rice said the name for the adventure came to her and Nauer while discussing the best way to make a difference with the flight. Their answer? Think global.

The flight begins in Honolulu, so she named the aircraft Lulu for the duration of the trip. For now, it remains a hard-working trainer for Guidance Aviation. The flight is yet another victory for women in aviation, too. When young, she was told that piloting was not something proper young girls do. She was of the opposite opinion, and became a pilot.

Her ultimate vision is to be aloft over the Indian Ocean, talking live with students at their control center and—through the center—to other students around the world. If the number of pilots, aerospace engineers, and scientists in general fails to grow, it won’t be her fault. She’s trying to do something about it.