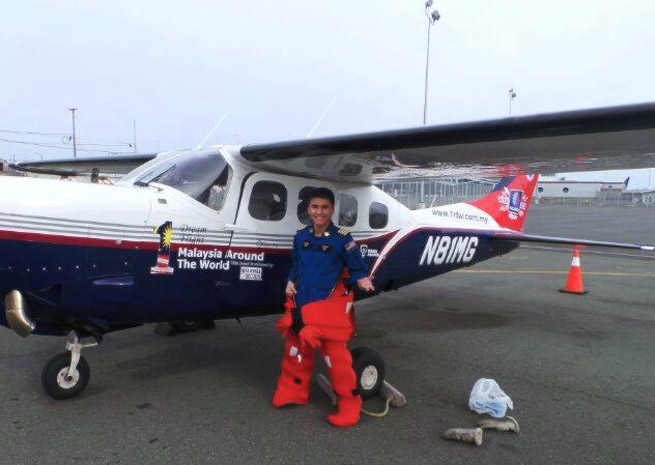 James Anthony Tan is hoping to become the world's youngest pilot to fly solo around the world as far as 22,000 nautical miles during a journey that started from Kuala Lumpur, Malaysia, on March 26. He took time during a stop in Iceland April 26 to speak with AOPA Online.

Tan wants to fly on four continents on a journey he started to inspire youths on the joys of aviation. “When I was traveling around the world, I meet a small little boy. He had special needs and I saw from his eyes what no man should ever have,” he said. “He had no dreams, no passion, and no inspiration. He was empty.” 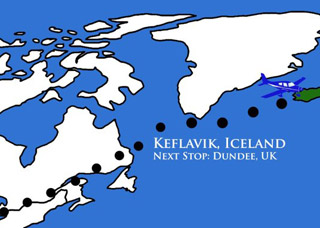 Tan, who has dyslexia, said that scared him because if he hadn’t been lucky, he could have ended up like that boy. “This expedition is not just only about aviation. This expedition is to inspire people to go for their dreams, but most importantly, find their dreams as well,” he said. “And aviation is the only way I know how.”

Tan’s aircraft of choice for the journey is a Cessna 210 Silver Eagle with a Rolls-Royce turboprop engine modified by O&N Aircraft Modifications of Factoryville, Pa. His trip is being sponsored by Malaysian-based Yayasan Felda, an education foundation; Tenaga National, an energy company; and UEM, a construction company.

Tan plans on making 30 stops in 21 countries, and has been to Anchorage, Juneau, Denver, Indianapolis, and New York before moving on to Iceland and then London. “In total, it will take 50 days, with sufficient rest and sightseeing,” he said. “What’s the point of flying around the world if you don’t see anything?”

His choice of countries was dictated by factors including availability of fuel, national security, and radar service. “I picked the safest countries possible with the best beauty to add to my picture collection,” said Tan.

Once the trip is completed, Tan noted he would be the first Malaysian to fly round the world, the first southeast Asian to do it solo, and youngest in history, according to Earthrounders. Another pilot, Jack Wiegand, a business major at the University of Colorado in Boulder, is about to embark on a flight around the world and also hopes to become the youngest to do so.

“The sky is not the limit. We are,” he said. “This is but the beginning of my legacy that I wish to create. I am booked up through 2017 with different expeditions.”