Get the app Get the app
Already a member? Please login below for an enhanced experience. Not a member? Join today
News & Media Cylinder-removal AD would increase costs, decrease safety

The FAA has proposed an airworthiness directive (AD) that would order inspection and removal of aftermarket cylinders used on Continental engines in many popular general aviation aircraft. But the proposal would raise new safety risks and impose an “enormous financial burden” on aircraft operators, AOPA said.

AOPA will submit formal comments on the proposed AD, and urges members to comment on the proposal by Oct. 11, highlighting their operating experience with the cylinders.

The AD was prompted by reports of "multiple cylinder head-to-barrel separations and cracked and leaking aluminum cylinder heads." Owners would be required to conduct initial and repetitive inspections, replace cracked cylinders, and replace cylinder assemblies at reduced times-in-service. A notification about cylinders removed under the AD would be sent to the FAA.

The AD also would "prohibit the installation of affected cylinder assemblies into any engine," the FAA said.

The FAA estimated that the inspections and cylinder removals—expected to affect approximately 6,000 aircraft—would cost operators a combined $82.6 million.

AOPA is reviewing the FAA’s filing, and is exploring other roads to a solution, such as requesting that the FAA convene informational meetings with operators to learn more about their histories using the cylinder assemblies.

"This proposed AD would result in an enormous financial burden for the industry, and could have the unintentional result of compromising safety," he said. “Requiring the replacement of many cylinders, in addition to repetitive inspections, goes well beyond the recommendations of a National Transportation Safety Board Safety Recommendation issued in February 2012."

AOPA is also concerned that actual costs "could go well beyond the FAA’s estimate, and that the mass replacement of cylinders in the field would downgrade, rather than enhance safety," Hackman said.

In a statement, ECi, of San Antonio, Texas, characterized the AD as "unwarranted, inappropriate, and unnecessarily punitive for the owners of the affected aircraft."

The AD "was prompted by 30 instances (out of 30,000 installed) of head-to-barrel junction failures in Titan cylinders, but none of these failures resulted in an accident or injury," the company said.

ECi also noted that the AD exceeded the scope of a 2012 National Transportation Safety Board Safety Recommendation.

The NTSB had called for removing cylinders, by serial number, manufactured between May 2003 and October 2009 once they reached the engine’s recommended time between overhauls (TBO). In the meantime, the safety recommendation urged repetitive inspections of cylinders.

Going so far beyond the NTSB recommendations was an "almost unprecedented" move by the FAA, said the company, which attributed some cylinder separation failures to "improper leaning and powerplant management by the pilot."

ECi rejected the idea of the cylinder removal provisions, warning that premature "top overhauls" of engines by shops that do not specialize in engine work might cause additional engine failures. 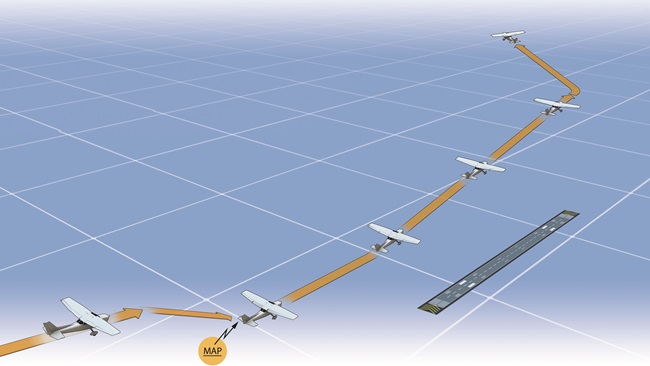