Get the app Get the app
Already a member? Please login below for an enhanced experience. Not a member? Join today
News & Media New bill would expand driver’s license medical 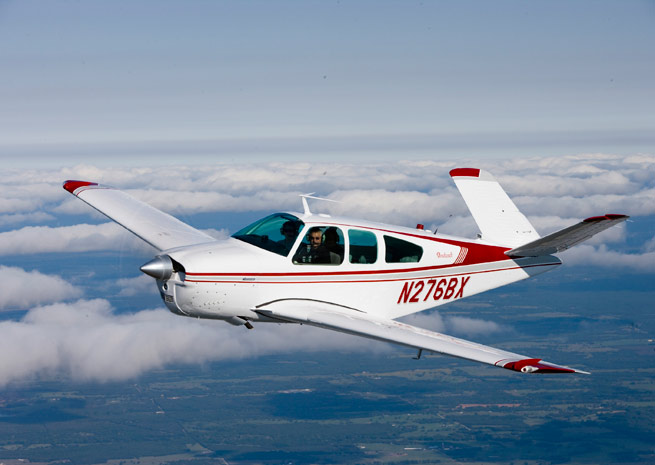 After nearly two years of FAA inaction on the AOPA-EAA third-class medical petition, Congress has taken matters into its own hands, offering up legislation that would vastly expand the number of pilots who could fly without going through the expensive and time-consuming third-class medical certification process. Reps. Todd Rokita (R-Ind.), a member of the House General Aviation Caucus, and GA Caucus Co-Chair Sam Graves (R-Mo.) on Dec. 11 introduced the General Aviation Pilot Protection Act. The legislation, House Resolution 3708, would dramatically expand the parameters for flying under the driver’s license medical standard. Rokita and Graves are both AOPA members and active pilots.

“We have waited far too long for the FAA to expand the third-class medical exemption to more pilots and more aircraft,” said AOPA President Mark Baker. “Congressmen Rokita and Graves stepped forward to take decisive action in the best interests of general aviation when the FAA refused to act. We appreciate their outstanding leadership on this issue and look forward to seeing this bill move forward.”

The General Aviation Pilot Protection Act would allow pilots to use the driver’s license medical standard for noncommercial VFR flights in aircraft weighing up to 6,000 pounds with no more than six seats. That includes virtually all single-engine airplanes with six or fewer seats, including Beech Bonanzas, as well as many light twins like the Piper Aztec, Beech Baron 55 and 58, and Cessna 310. By way of comparison, most large SUVs on the roads today weigh more than 6,000 pounds and can carry six to seven passengers, making them larger than the aircraft that would be operated with proof of a valid driver’s license under this new bill.

Pilots would be allowed to carry up to five passengers, fly at altitudes below 14,000 feet msl, and fly no faster than 250 knots. The act also would require the FAA to report on the safety consequences of the new rule after five years.

“As a pilot, I am pleased to introduce this important legislation with my colleagues and fellow pilots,” said Rokita. “This bill eliminates a duplicative and therefore unnecessary medical certification regulation that drives up costs for pilots and prevents the general aviation industry from fulfilling its economic potential.”

“For many recreational pilots, the FAA’s third class medical certification process is nothing more than a bureaucratic hoop to jump through,” said Graves. “It discourages new pilots and does not truly improve safety. As a pilot, I have gone through this process several times. However, like all pilots, I am responsible for determining whether I am medically fit to fly during the time between my mandated medical certifications. Expanding the current exemption makes sense and will promote greater recreational aviation activity across the U.S. without an impact on safety.”

In addition to Rokita and Graves, the bill was co-sponsored by Reps. Collin Peterson (D-Minn.), Bill Flores (R-Texas), Richard Hanna (R-N.Y.), and Mike Pompeo (R-Kan.). All four co-sponsors are members of the GA Caucus.

The legislative action comes after the FAA has repeatedly declined to rule on a March 2012 petition filed by AOPA and EAA. That petition asked the FAA to expand the driver’s license medical standard already used by sport pilots for nearly a decade. Under the petition, pilots would be able to operate noncommercial VFR flights in single-engine aircraft with 180 horsepower or less, four or fewer seats, fixed gear, and a maximum of one passenger. To participate, pilots would need a valid driver’s license and would be required to take recurrent safety training to help them accurately assess their fitness to fly.

More than 16,000 overwhelmingly favorable comments were filed during the public comment period on the petition. But despite strong support from the aviation community and solid evidence that the exemption would maintain or improve safety, the FAA failed to act, so AOPA turned to supporters in Congress for help.

Building support for the General Aviation Pilot Protection Act will be critical to its passage, and AOPA will be calling on members to show their support in January after Congress returns from recess. Look for details about how you can help in upcoming issues of AOPA ePilot and on AOPA.org.