Get the app Get the app
Get the latest news on coronavirus impacts on general aviation, including what AOPA is doing to protect GA, event cancellations, advice for pilots to protect themselves, and more. Read More
AOPA will be closing at 2:30 PM ET on November 25, 2020, for the Thanksgiving holiday. We will reopen at 8:30 AM ET on Monday, November 30, 2020.
Already a member? Please login below for an enhanced experience. Not a member? Join today
News & Media Jim Coon to head AOPA Advocacy 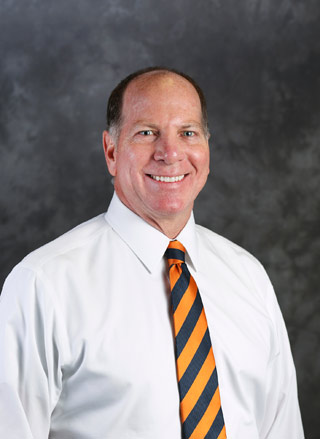 AOPA has named Jim Coon as senior vice president of government affairs and advocacy. Coon, who has years of experience working with Congress and the aviation industry, will oversee both the regulatory and legislative aspects of AOPA’s advocacy operations.

Coon has spent much of his career working as a senior congressional staff member, most recently in the role of staff director for the U.S. House Committee on Transportation and Infrastructure and majority staff director for the House aviation subcommittee. His other congressional roles have included positions as majority professional staff member for the House aviation subcommittee, legislative director for U.S. Rep. John J. Duncan Jr., and legislative assistant for U.S. Rep. Robert F. Smith.

Coon has most recently held the position of executive vice president for the National Air Transportation Association. At various times in his career he has held the posts of director for congressional affairs for both The Boeing Company and the Air Transport Association.

“The legislative and regulatory environments have never been more challenging and Jim’s in-depth experience working both with Congress and the aviation community make him the right person at the right time,” said AOPA President Mark Baker. “Jim is talented and well-respected and knows how to get things done in Washington and he has an excellent understanding of the issues facing the aviation community today. We’re excited to have him aboard.”

Coon will be based in AOPA’s Washington, D.C., office where he will manage the association’s advocacy team on a host of issues including medical certification, FAA funding, avgas alternatives, aircraft and airmen certification reform, and air traffic modernization.