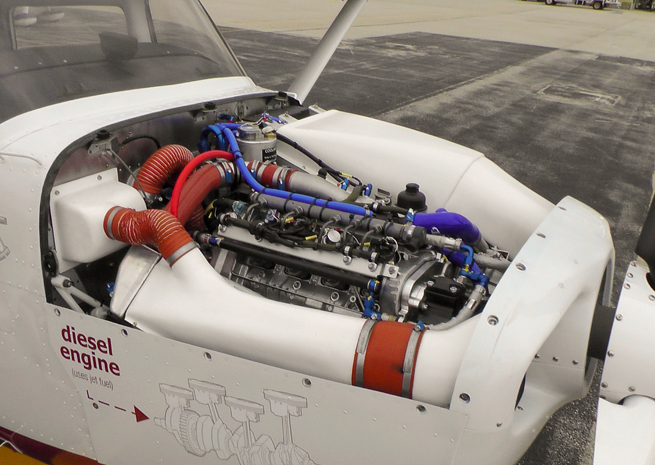 Redbird Flight Simulations is best known for its popular general aviation flight simulators, but the company has made a tactical shift in its business strategy. That strategy was on full display at this year’s EAA AirVenture when a Cessna 172, remanufactured by Redbird, flew to the show and rolled up to its display. The new airplane, dubbed the RedHawk, is aimed at the training market and bears several noteworthy features.

For one, its original Lycoming 160-horsepower engine has been swapped for a new, turbodiesel-powered Continental engine of 135 hp. Formerly designed, built, and manufactured by the now-defunct Thielert Aircraft Engines Corp. of Germany under the Centurion name, Continental has redesigned the engine’s gearbox, clutch, and other components. Those items were notorious troublemakers in the Thielert engines, with reputations for poor reliability and customer service. The gearboxes, for example, had 300-hour inspection intervals—and had to be shipped to Germany.

“Those days are behind us now,” said Roger Sharp, RedHawk Aero’s general manager. “Continental has addressed all the problems and has the kind of support network that will inspire confidence in anyone investing in a RedHawk.” In addition to the 127-knot, 4.5-gph turbodiesel, the RedHawk will be equipped with a panel containing Aspen Avionics’ two-screen Evolution 2000 primary and multifunction flight displays, Bendix/King’s KSN 770 GPS/Navcomm, and FADEC engine controls. 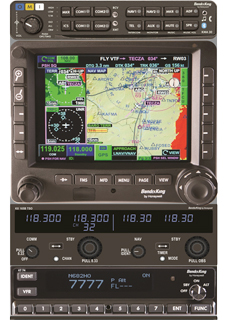 Financing and lease options for the RedHawk will be available via Brown Aviation Lease, an integrated business unit of RedHawk, and insurance can be provided by Starr Aviation.

All that said, Redbird and RedHawk Aero chairman Jerry Gregoire calls the RedHawk project an experiment. “We know the RedHawk will cost less to own and operate than a new airplane, but we’re not committing to hard numbers right now…we don’t know what the total market might be, and we don’t know how we’ll price the airplane.” Gregoire’s next step is to put the airplane into flight and operational tests, the results of which will be revealed at the Redbird Migration Training Conference being held in San Marcos, Texas, Oct. 28 through 30.

AOPA Pilot Editor at Large
AOPA Pilot Editor at Large Tom Horne has worked at AOPA since the early 1980s. He began flying in 1975 and has an airline transport pilot and flight instructor certificates. He’s flown everything from ultralights to Gulfstreams and ferried numerous piston airplanes across the Atlantic.
Go to Thomas A. Horne's Profile
Topics: Aviation Industry, Financing, Ownership