Get the app Get the app
AOPA Members DO more LEARN more SAVE more - Get MORE out of being a pilot - CLICK HERE
News & Media Cessna 162 slows to nearly a halt, prompting questions 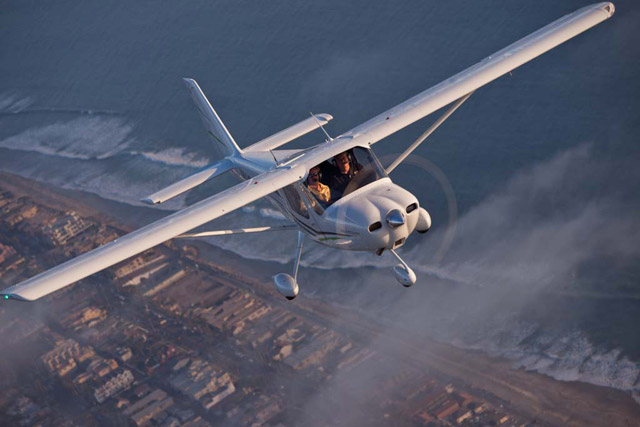 In terms of registrations, Cessna’s 162 is a hit, but sales of the two-seater have slowed significantly, and unsold aircraft appear to be piling up—at least on paper. Cessna Aircraft Co. shipped 168 Skycatchers in 2011, but only 19 in 2012, according to data from the General Aviation Manufacturers Association. According to FAA records (as of March 8), Cessna still owns 92 of the 276 Skycatchers registered to date, including two listed to the employee flying club, and 77 have not yet been issued an airworthiness certificate.

Few such certificates have been issued in recent months: a total of seven, nationwide, in 2013 to date, equal to the highest number shipped in any quarter of 2012. The company apparently stopped seeking certificates for its own 162s in July 2012, when eight were issued. In that same month, Cessna announced plans to certify the aircraft under the little-used primary category.

“The Skycatcher will be transitioned into the primary category, and will continue to meet the definition of a light-sport aircraft,” said Tracy Leopold, business leader for the Cessna 162, at the time. “The owner operator can continue to operate the aircraft with a sport pilot license. This makes the Skycatcher a more innovative aircraft for our customers.”

Cessna has not been issued an airworthiness certificate for any of its 162s since that announcement, and has opted to keep its own counsel: A spokesman who initially promised an interview with the executive in charge of the program (Leopold was not mentioned by name) recently requested a postponement of “3-4 months.”

Dan Johnson, who covers general aviation in his blog, said he has had the same trouble trying to get answers from Cessna. Johnson is also chairman and president of the Light Aircraft Manufacturers Association, but spoke for this story on his own behalf as a longtime industry observer.

Rumors are circulating, in the AOPA Forums and elsewhere, and some, regarding weight and design changes, may be based on misinformation, or a misunderstanding of what Cessna announced last year (or not). The primary category, under Part 21, was created 20 years ago as an alternative route to certification for aircraft weighing less than 2,500 pounds, with engines limited to 200 horsepower—significantly higher than LSA limits. There is also a restriction in the primary category against operation for hire, with an exception for flight training.

Johnson said only two manufacturers ever certified aircraft under this category, and despite less cumbersome—and costly—testing and certification requirements, it may have been eschewed because of association with the recreational pilot certificate that was developed at the same time, and found few takers. Many in the marketplace, Johnson included, believed that primary category aircraft would be subject to recreational pilot limits, though private pilots (and those with more advanced certificates) can fly them legally beyond those restrictions.

“Now, that seems perfectly reasonable,” Johnson said. “At the time, it didn’t necessarily look that way to any of us.”

Johnson said it’s an aircraft certification option that “Cessna may breathe new life into, now,” though it is unclear to him what Cessna actually intends. The move to the primary category was made after Skycatcher sales in Europe halted in April 2012—an announcement that originated from a French dealer that Cessna later confirmed. European regulators were not prepared to recognize the standards used for manufactured light sport aircraft, and moving the 162 into the primary category allowed a lower-cost certification that would, presumably, be reciprocated overseas.

“I think they did some good thinking,” Johnson said. “It might work out for them.”

Meanwhile, Cessna has not, as a corporation, put the aircraft on public display since EAA AirVenture 2012.

Johnson said it “blew me away” that Cessna had no corporate presence at AOPA Aviation Summit 2012 (a local dealer had a display). A local dealer also represented Cessna at the U.S. Sport Aviation Expo held in Sebring, Fla., in January, the largest show of the year dedicated to LSA models, a market in which Cessna is among the leaders, trailing only Flight Design in total registrations.

It is impossible to tell from the data alone where in the world Cessna’s 77 Skycatchers still awaiting airworthiness certificates may be. The airframes are made in China and finished in Kansas. There are 74 aircraft under Cessna’s name that have no date of manufacture or powerplant installation listed in FAA records; without comment from Cessna, it is impossible to say what state of completion they may have reached.

Aviation analyst Brian Foley said even if Cessna has roughly 90 “white tails” sitting in Kansas (a term used for manufactured aircraft in inventory without a buyer), that’s $13.5 million in potential retail revenue—not even a blip on the company balance sheet.

“From my perspective the unsold inventory, in the scheme of things, is relatively insignificant from a dollar value standpoint,” Foley wrote in an email, responding to questions about the 92 Cessna-owned 162s in Kansas (including the two employee flying club aircraft). “So yes, if confirmed 92 sounds like a lot of aircraft, but on Cessna’s balance sheet you wouldn’t be able to find the decimal point.”