Get the app Get the app
Already a member? Please login below for an enhanced experience. Not a member? Join today
We will be performing maintenance on our systems Sunday, 5/22/2021, beginning at 12:00 A.M. ET and ending at 6:00 A.M. ET. During this time, you may experience intermittent service outages. We appreciate your patience.
News & Media Patton&rsquo;s desert camps, viewed from above

Patton&rsquo;s desert camps, viewed from above

The remnants of Camp Ibis, one of several camps established across 18,000 square miles of desert, are best viewed from the air. Photo courtesy Larry Dighera.

It has been a labor of love, one that Larry Dighera hopes will inspire fellow pilots to take a scenic excursion through history, and multiply. Dighera, 70, worked for 16 years, off and on, compiling a pilot’s guide and detailed history of the Desert Training Center created by Gen. George Patton in 1942 to prepare troops to fight in North Africa. While the structures are gone, there remains a network of roads, airstrips, and other visible vestiges of the sprawling center, geometric lines, and circles that stretch across a vast expanse of desert in southeast California and southwest Arizona.

Dighera recently fired off press releases to several aviation media outlets, hoping to stir some interest in his own effort, and also to inspire others to follow suit. 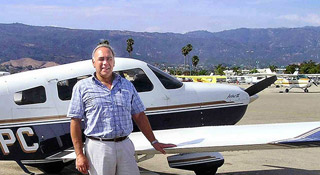 Larry Dighera, a commercial pilot with more than 900 hours in his logbook, spent many of them flying over and documenting the Desert Training Center. Photo courtesy Larry Dighera.

“Somebody needs to get general aviation people excited about this,” Dighera said, adding that the nation is full of places that lend themselves to aerial tours. “Let’s get people making these things all over the place.”

Dighera launched his effort with help from the creator of Anza-Borrego Desert State Park Sky Trail, another of the aerial attractions in easy reach for visitors to AOPA Aviation Summit 2012 in Palm Springs, Calif.

Dighera collaborated with park service historians and secured a modest grant to support his online project, which includes docent scripts to be read aloud along the winding route between Laughlin/Bullhead International Airport and Chiriaco Summit Airport, home of the General Patton Memorial Museum. Dighera said the Blythe Intaglios—massive images carved centuries ago by native tribes—would make another fine sky trail of their own.

“You can really appreciate them much better from the air,” Dighera said. “There should be a registry of them.” 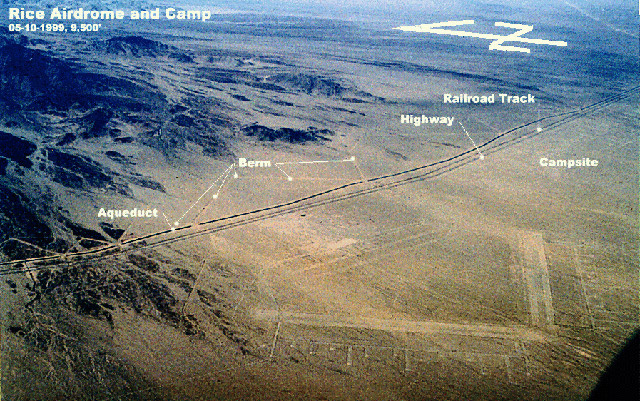