Get the app Get the app
AOPA Members DO more LEARN more SAVE more - Get MORE out of being a pilot - CLICK HERE
News & Media Triple Tree Fly-In: ‘Where airplanes happen to show up’

Triple Tree Fly-In: ‘Where airplanes happen to show up’

More than 800 aircraft, their pilots, and passengers joined the festivities Sept. 4 through 8 at the Triple Tree Fly-In, which founder Pat Hartness calls an "event for people, where airplanes happen to show up."

On Sept. 6, seven AOPA staff members descended over the treetops and onto the Woodruff, S.C., grass runway in the AOPA Cessna Caravan. Dozens of volunteers and attendees showed them around while explaining why Triple Tree is so important to them.

The five day fly-in is really like aviation tailgating—people camping under their aircraft’s wings, sharing good food and cold beer, and talking with everyone who walks by. From the shiny granite countertops in the camping bath house to the service-minded volunteers stopping by everyone's tent several times a day to see if anything is needed, the fly-in lives up to Hartness’ vision: "Fun, fellowship, hospitality."

The 440-acre property once owned by Pat and Mary Lou Hartness—now donated to a 501(c)(3) nonprofit Hartness founded to perpetuate his vision for years to come—has a 7,000-foot long, 400-foot wide runway. The airstrip is mowed twice a week to golf course standards: three-quarters of an inch Bermuda Bentgrass. Some have called Triple Tree Fly-In “the Augusta National of Aviation” and the field “an Aviator’s Field of Dreams.” 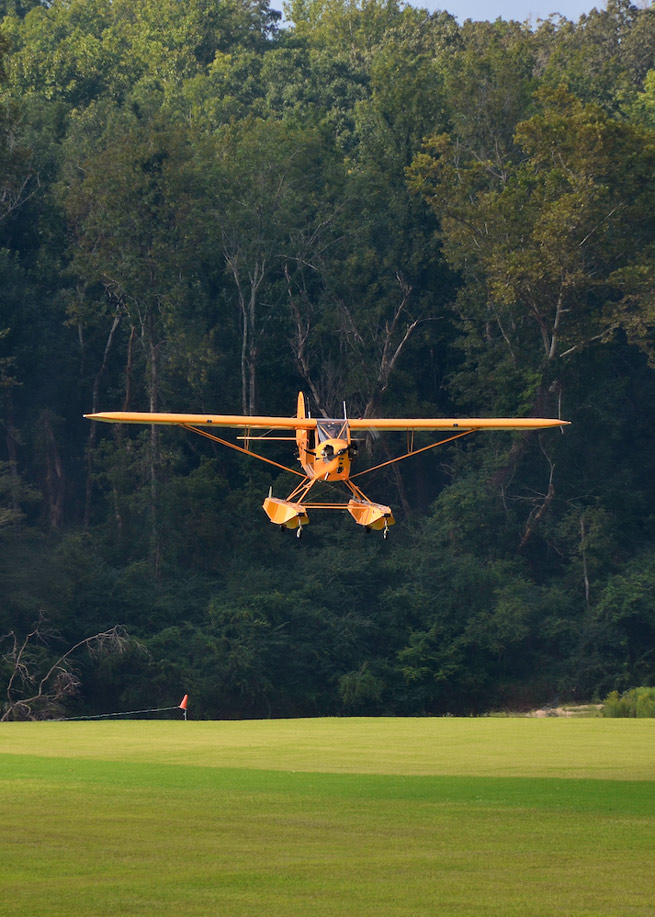 The airport features a 50-acre lake and a smaller duck pond stocked for fishing. Six miles of hiking trails, an organized barbecue, “cook your own steak” dinners, karaoke singing, canoeing and kayaking, and an outdoor movie night provide ample activity for pilots to bring their spouses and families.

Arriving aircraft are guided to parking spots by scores of well-trained and focused volunteer linemen. Throughout the event, volunteers routinely approach guests to be sure their needs are met, at times even offering to run to town to purchase something a guest failed to bring. “We believe that aviation is magic and we work our hearts out to make every aviation event magical for our guests,” said Triple Tree’s Rob Traynham.

What makes Triple Tree so special? “Pat Hartness,” said AOPA member Rich Largent of Stephen's City, Va. “He had something really special here, and he wanted to share it with us all.”

After decades of using GA to help build his business in the packaging industry, Hartness retired and continued his passion for aviation by creating Triple Tree on his property. Personally investing countless hours building out the facilities, Pat, Mary Lou, and scores of volunteers have built Triple Tree into one of the finest grass airstrips in the world. Several events take place on the airfield each year, including breakfast clubs and lunches, soaring events, and a massive remote-control aircraft event. 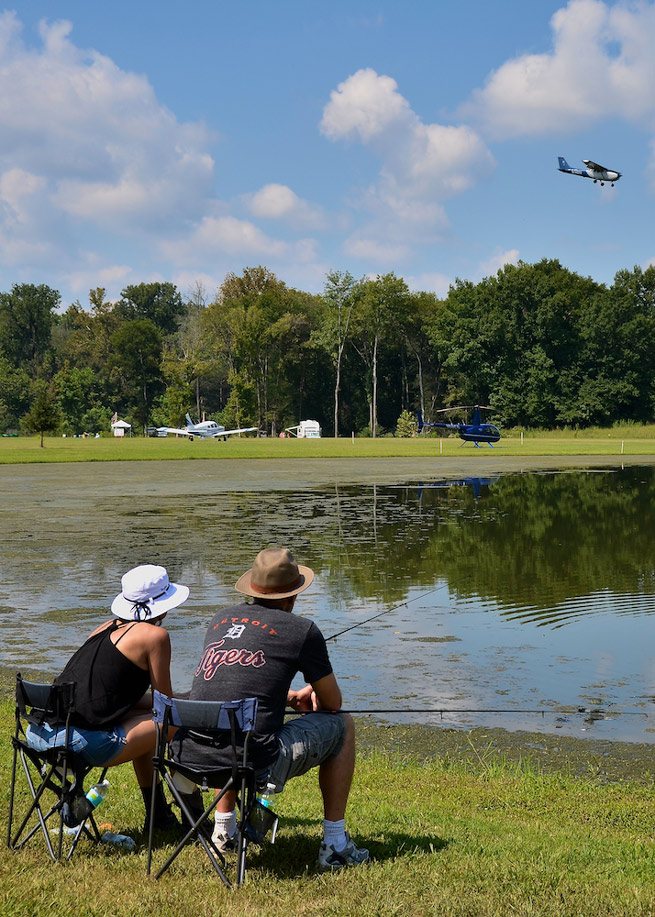 With near-perfect weather and a growing reputation in the pilot community, the 2013 fly-in had a higher attendance than expected. Parked in front of the central gazebo where people sit to watch the landings, AOPA’s Caravan became a popular attraction as kids sat in the cockpit and families toured the aircraft interior.

“This is why this aircraft is so important to AOPA,” said AOPA Vice President of Aviation Services Woody Cahall. “This was an aviation discovery opportunity for enthusiasts on a grand scale. I cannot count the number of people who sat in the front of the Caravan who are not yet pilots, as well as those that reminisced of days past.”

As AOPA staff visited with participants all over the campground, attendees expressed that it was important to them to see their association engaging in their favorite form of aviation. The grassroots focus of Triple Tree is in line with the vision of AOPA’s new president and CEO, Mark Baker. The association recently announced it will suspend holding its Aviation Summit in favor of reaching more members where they fly at events around the country. Triple Tree Fly-In provides a model of hospitality and fellowship.

“Did we sense ‘something special’ at Triple Tree? You bet!” said AOPA Senior Vice President of the Center to Advance the Pilot Community Adam Smith. “The immaculate condition of the grounds are, hands-down, the best that any of us have ever seen. World class indeed. But even more important are the people, and the positive spirit that pervades the whole event.”