Get the app Get the app
Already a member? Please login below for an enhanced experience. Not a member? Join today
News & Media LAMA looks to future of light sport industry 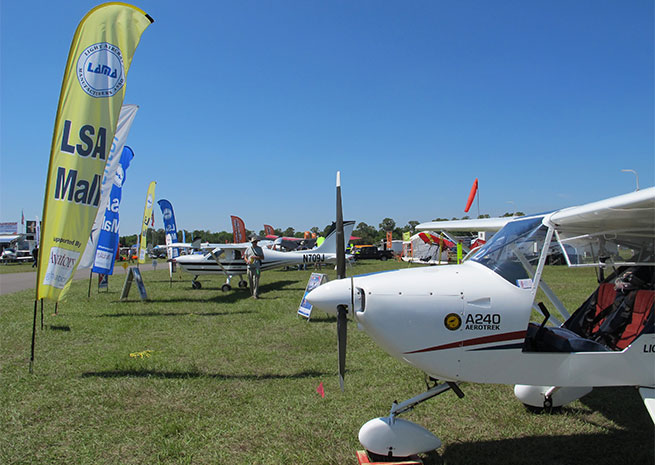 Light sport aircraft manufacturers may take on a growing share of general aviation aircraft deliveries, according to an industry forecast and analysis by the Light Aircraft Manufacturers Association.

At a press conference at Sun ‘n Fun, LAMA President and Chairman Dan Johnson pointed to a forecast by the Barr Group Aerospace that projects that LSA deliveries will be 23 percent of GA aircraft deliveries by 2020. Several LSA companies are planning to step up from LSAs to offering four-seat models, he added, which he said could change the GA manufacturing landscape further.

GA piston and turboprop deliveries fared worst in the Barr Group Aerospace report, Johnson noted, but he said “the emergence of four-seat LSA-type aircraft” could pick up slack from legacy producers whose focus seems to have shifted to larger aircraft. He said he knows of at least five companies planning to come out with four-seat aircraft at a substantially lower price point than a new Cessna 172.

“I think that’s going to be an interesting dynamic to see play out,” he said.

In the short term, LSA manufacturers are focused on getting customers to the LSA Mall in the Paradise City area of the Sun ‘n Fun grounds, giving demo flights, and signing customers for LSA models. Attractions at the mall include the amphibious Searey LSA owned by author and pilot Richard Bach. Bach was in a landing accident in the Searey in 2012.

Sun ‘n Fun attendees can catch a free ride to the LSA mall on the “Paradise City Xpress,” supported by Rotax, which provides rides to and from Paradise City and the food court area. Demo flights will be offered throughout the show, Johnson said, even during many of the afternoon airshows.

Johnson also touched on a recent draft policy that concerned members of the LSA industry. He expressed optimism that the FAA would redraft the policy, particularly provisions that would limit the use of aircraft that originally had a special light sport aircraft (SLSA) airworthiness certificate and were later issued an experimental light sport aircraft (ELSA) certificate. “I think that there’s a good chance that that can be changed,” Johnson said.