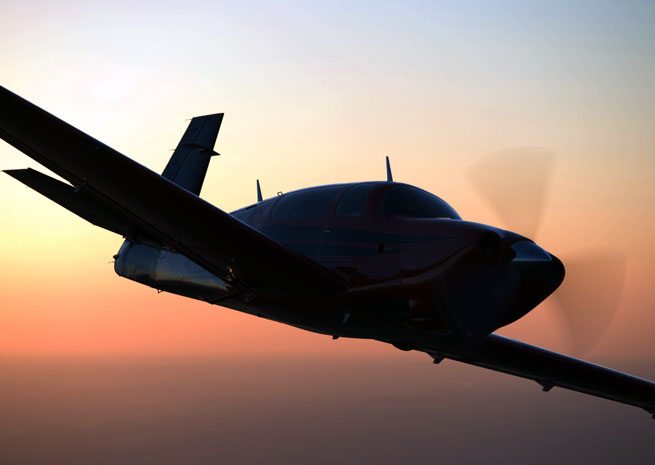 Mooney, back in the business of producing high-performance aircraft in Kerrville, Texas, since February, will sell its first completed airplane through an “industry first” online auction.

Would-be buyers can place their bids for the first finished aircraft, a Mooney Acclaim S, until July 11. Mooney will present the aircraft to its new owner July 29 at EAA AirVenture in Oshkosh, Wis. Bidders can register for the auction through the Mooney website.

In another stride back into the limelight, Mooney opened its doors to the public April 10 for a homecoming event in Kerrville, giving members of the Mooney Aircraft Pilots Association (MAPA) and the public a chance to meet CEO Jerry Chen and Mooney International’s new management team.

A premiere screening was scheduled that evening of the documentary "Boots on the Ground: The Men and Women who Made Mooney," produced by the Mooney Ambassadors, a group of Mooney owners and general aviation enthusiasts formed by Mooney pilots Jolie Lucas and her husband Mitch Latting. The idea for the documentary DVD was conceived at MAPA’s 2011 convention, and contains interviews "with folks who worked 20-50 plus years at Mooney," MAPA said.

Claiming the online aircraft auction as an industry first, Chen said all proceeds from the first aircraft’s sale "will be used for the future Mooney Historical Museum, a new non-profit corporation initiative for the company."

"There has been such enormous excitement around Mooney’s rebirth, we wanted to do something special to honor the commitment to the Mooney brand," said Chen. "This is a great way to give everyone a chance to purchase an historic airplane, the first commemorative Mooney under the new ownership."

Mooney said it would work with MAPA on the historical museum. No date has been set for the opening of the museum, that will operate as a nonprofit entity.

Mooney announced in February that it would emerge from a five-year pause in aircraft production, manufacturing the Acclaim Type S, the Ovation 2GX, and Ovation 3 models.

Chen also is setting his sights on a "greater international footprint" for Mooney, with validation of type certificate initiatives and new partnerships aimed at developing China’s growing general aviation market, he said in the announcement of the auction.

The 242-knot Mooney Acclaim Type S will be manufactured with updated interior, new features on its Garmin G1000 dual glass avionics system and GFC700 autopilot, and a Continental Gold Standard TSIO-550 G engine with three or five-year parts and labor warranty and a 2,200 hour time between overhauls. Mooney announced a price point of  "slightly under $700,000" for the aircraft. The company also announced a new training program for its service centers.

Mooney, which had 55 employees at the Kerrville plant at the beginning of the year and expected to hire more, plans to produce six aircraft this year. Production "will increase substantially in 2015," the company said.

Dan Namowitz has been writing for AOPA in a variety of capacities since 1991. He has been a flight instructor since 1990 and is a 35-year AOPA member.
Go to Dan Namowitz's Profile
Topics: Financial, Aviation Industry, EAA AirVenture