Get the app Get the app
Already a member? Please login below for an enhanced experience. Not a member? Join today
News & Media Collier Trophy awarded for carrier-based unmanned system

The National Aeronautic Association has awarded the Collier Trophy for 2013 to Northrop Grumman, the Navy, and the X-47B industry team for "the first unmanned, autonomous air system operating from an aircraft carrier."

The award was announced April 9 at the NAA’s spring awards dinner. NAA President Jonathan Gaffney said the award, for development and demonstration of the X-47B Unmanned Combat Air System, continued a 103-year tradition of marking "the relentless advance of the aviation and aerospace industry."

Among the nominees for the 2013 Collier Trophy were the human-powered helicopter teams Atlas and Gamera; NASA’S Deep Space Network; NASA’S Lunar Laser Communications Demonstration project team, and several other military and space projects.

The Collier Trophy for 2012 was awarded to the NASA/JPL Mars Science Laboratory/Curiosity Project Team "in recognition of the extraordinary achievements of successfully landing Curiosity on Mars, advancing the nation's technological and engineering capabilities."

The nonprofit National Aeronautic Association is a membership organization devoted to fostering America's aerospace leadership and promoting public understanding of the importance of aviation and space flight to the nation. 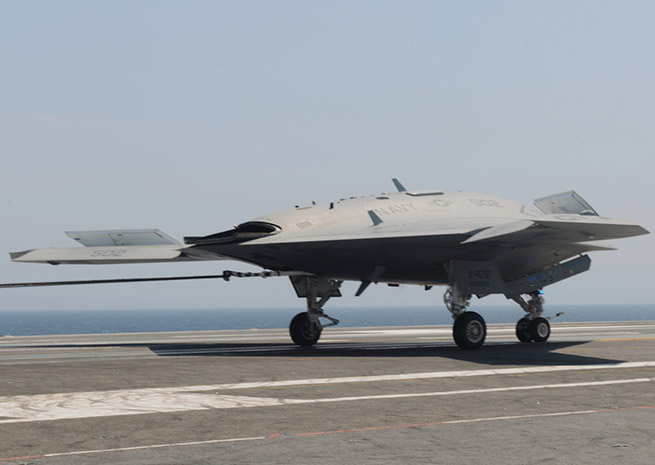