Deal will 'increase the velocity of engineering'

No purchase price was announced. A distinctly recognizable "Google Aerospace" screen greeted viewers of the Titan Aerospace home page April 15, along with a message that said, "We’re thrilled to announce that Titan Aerospace is joining Google." The message stressed Google’s and Titan’s shared goal of developing technology that brings Internet connectivity to millions of people and could monitor "environmental damage like oil spills and deforestation." It noted their shared optimism about developing atmospheric satellite technology to do the job.

The news closed the books on recent reports that Facebook had been in talks to acquire Titan.

For Titan, the acquisition "changes everything," said Raburn, a veteran of the aerospace and technology industries, in a telephone interview. Startups like Titan—little more than a year old—face capital constraints when allocating resources to development projects. Google’s resources will allow Titan to proceed along parallel research tracks—and Google "has what I would call an enlightened view: to develop something that’s never been done before," he said.

Google is encouraging Titan to explore its ideas even if some paths risk failure, he said, adding, "The attitude is 'If you’re not failing once in a while you’re not trying hard enough.'"

That entrepreneurial spirit has "kind of been wrung out of the nation now" as venture capitalists fret about rate-of-return metrics or disappointing investors, he said.

However, "you have to take risks to change the world. This changes the way we go about everything."

AOPA reported last October that Raburn, founder and former chief executive of Eclipse Aviation, a former CEO of security software firm Symantec, and former Microsoft executive, had joined Titan. At Eclipse, he presided until 2008 over development of the Eclipse 500 very light jet.

When he joined Moriarty, N.M.-based Titan, the venture reaffirmed its goal of establishing a market for its "atmosat platform" and for unlocking new applications for industries at costs well below those of commercial satellites.

Soon, discussions began with Google. "Everybody knew everybody," when the talks started, and it was quickly clear that "it seemed like the right thing to do," he said. The acquisition will not change Titan’s research direction. Rather, "It gives us a way to accelerate the pace."

One phrase Raburn said he has already learned from his new partners is "increasing the velocity of engineering."

"It gives us the ability to accelerate how fast we go," he said.

Raburn expressed Titan’s excitement at becoming "part of an organization that gets it" about what it takes to push back the horizons of technology.

Raburn talks about future of UAVs

When Vern Raburn talks about the future of unmanned aircraft systems, he takes the high road.

That’s because the UAVs his company, Titan Aerospace—the newest member of the Google family—is developing won’t be flying down in the clutter where most "drone" operators are clamoring to get in the air. And the FAA has been receptive to Titan’s needs, working to address how to get its UAVs up through the airspace to their design altitudes.

But Raburn can see what’s ahead for the UAV industry: "The extraordinarily rapid rate it could grow if it were truly unfettered," he said in an AOPA interview. "That’s the nightmare the FAA has."

As the free market "explodes past regulators" in the rush to fly UAVs, old models for keeping airspace orderly—think of the see-and-avoid principle—face a precedent-setting challenge.

Raburn, a general aviation pilot and high-altitude sailplane enthusiast, sympathizes with the regulator’s dilemma of devising a system for managing potentially thousands of UAV flights in classes of airspace from A to G. He offered "no succinct answer" to the challenge.

"The only criticism I’d level at the FAA is I don’t think until the last year they have taken this category very seriously," he said."They didn’t have the foresight to say, 'This could explode into a commercial market.'" 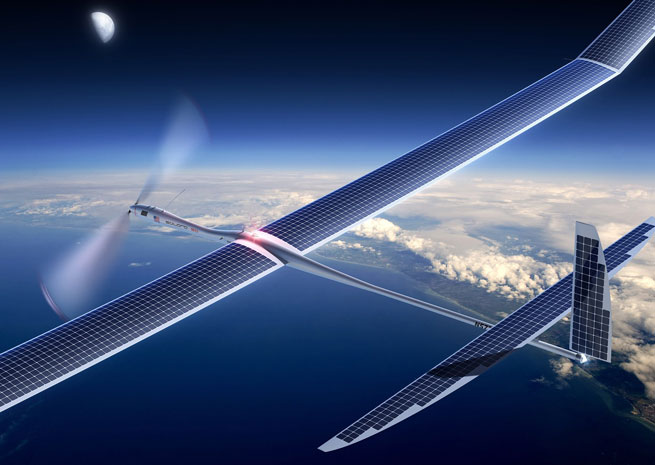 Dan Namowitz has been writing for AOPA in a variety of capacities since 1991. He has been a flight instructor since 1990 and is a 35-year AOPA member.
Go to Dan Namowitz's Profile
Topics: Technology, Financial, Aviation Industry