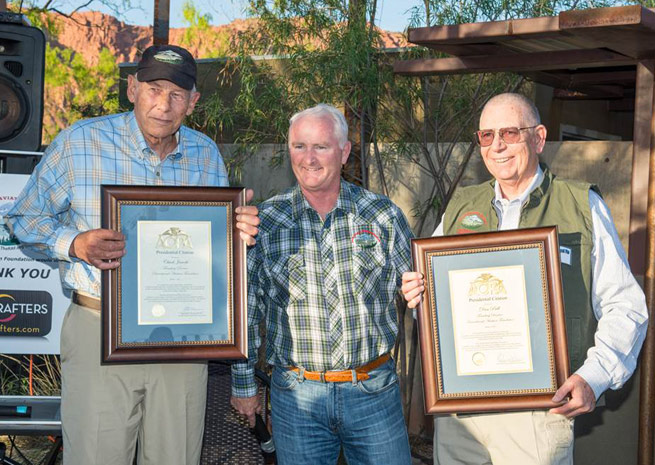 Two men had a vision to protect pilots’ access to backcountry airstrips in Montana, but discovered a nationwide need. They formed the Recreational Aviation Foundation in 2003, with a handful of members, and have expanded their advocacy efforts to all 50 states.

Those men, founding directors Dan Prill and Chuck Jarecki, were honored for their efforts April 23 in St. George, Utah, during the Recreational Aviation Foundation Red Rock RoundUp. AOPA President Mark Baker presented both men with AOPA Presidential Citations: “In recognition of your extraordinary commitment to general aviation and your exceptional effort in keeping the legacy of recreational aviation strong by preserving, maintaining and creating public use recreational and backcountry airstrips nationwide.

"The Aircraft Owners and Pilots Association gratefully acknowledges your efforts as a founding member of the Recreational Aviation Foundation and member of its Board of Directors for 10 years. On behalf of the nation’s pilots, we commend you as an outstanding friend of aviation.” 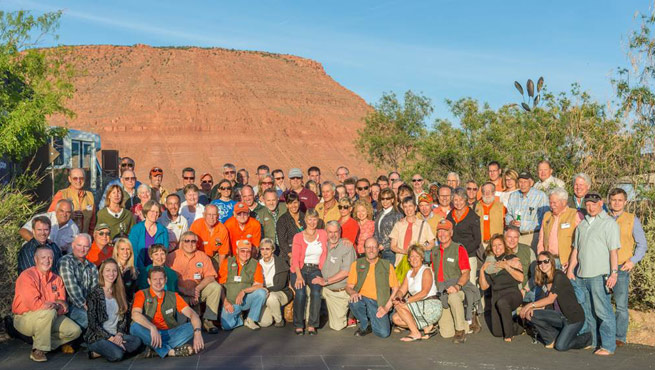 In a personal message on the foundation’s website, Jarecki recalls the first saves while the group was being formed: “Meanwhile, we got started saving airstrips. Six airstrips in the newly created Upper Missouri River Breaks National Monument were saved, Chicken Strip in Death Valley National Monument was saved, plus numerous others.” Of his time volunteering to preserve backcountry access, Jarecki says, “During my fifty-four years of recreational flying, nothing has been more satisfying than the past ten years I have served as a founding board member of the RAF.”

The key to the Recreational Aviation Foundation’s success, according a statement from Prill on the group’s website, is applying what it learned working in Montana nationwide and taking “the ‘high road’ when dealing with policy makers.”

The Recreational Aviation Foundation works closely with the Montana Pilots Association and collaborates with AOPA on projects nationwide. The groups have been influential in getting recreational-use statutes in several states amended to include liability protection for private airstrip owners who allow public, noncommercial use of their land.

The Recreational Aviation Foundation also was one of 10 recipients of a $10,000 grant from the AOPA Foundation’s Giving Back Program in 2013. The group will use the grant to study the effect of aircraft noise on wildlife this summer. Animal blood or feces samples will be collected near backcountry busy backcountry airstrips and examined to determine whether the animals’ hormone levels indicated an increased stress level over those not around areas with aircraft noise.