Editor's note: This article was updated July 2 to reflect the final FAA approval announced by the company June 30.

An April 29 announcement by Quicksilver Aeronautics implies, though it does not state directly, that parts are laid out, jigs are in place, and workers are poised with tools in hand to produce the first factory-built model in the history of the firm nearly four decades old.

“We are prepared to swiftly put the Sport S2SE into production as a fully-built aircraft,” company President Will Escutia said in a statement detailing (and quoting from) an email from the FAA inspector who informally confirmed to company officials completion of the inspection process, with a formal letter to follow. The company announced June 30 that the final approval is offical, and company officials have received the airworthiness certificate and clearance to begin producing the factory-built special light sport aircraft (SLSA). 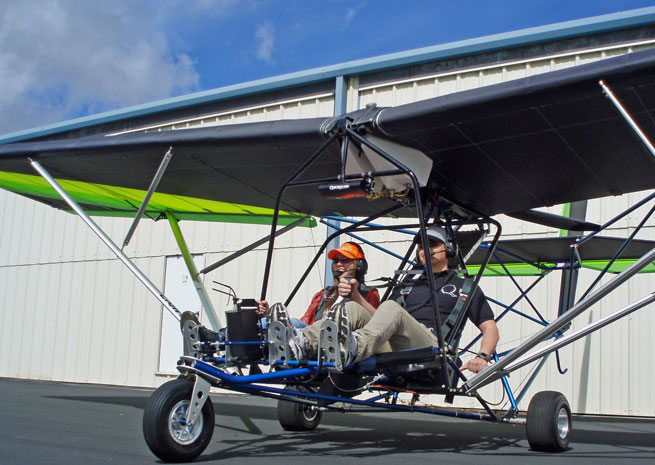 This $40,000 version of the Sport 2S kit will be built at Quicksilver’s headquarters in Temecula, Calif., as well as locations recently announced in Reserve, La., and Rochester, Minn.  The company said additional locations may be added based on demand.

The Sport S2SE is the first of two models the company is seeking SLSA approval for: Plans for a factory-built version of the larger GT 500 were also announced in 2013. FAA officials must confirm the company’s compliance with ASTM standards before allowing applications for SLSA airworthiness certificates. Quicksilver hired Streamline Design, an engineering firm with ASTM expertise, to assist in the process.

Under new ownership since 2012, Quicksilver claims more than 15,000 aircraft sold, dating to its roots as an ultralight maker in the 1970s. The Sport models are strut-braced versions of the company’s Sprint, a cable-braced model of similar design. The GT 500 series is marketed to both individual owners and government agencies, and all of the company’s offerings are touted for low cost and suitability for photography, surveillance, or sightseeing.