Get the app Get the app
AOPA will be closed July 4th, in observance of the Independence Day holiday. We will reopen at 8:30 am ET on Tuesday, July 5.
News & Media Superior plans first aviation town in China

China has long been seen as a potential major market for general aviation flying, but progress in building the infrastructure has been slow. To speed development and increase acceptance of Western aviation goods in China, Superior Aviation is building a town and executive airport near Beijing to accommodate the needs of companies wanting to do business in China.

Construction of the manufacturing and office space for the companies will take two years with the airport and its 7,800-foot runway opening six months after that, according to Tim Archer, Group Chief Executive Officer for Superior Aviation Group. A subsidiary, Superior Freesky Investment Management Co., is running and investing in the project in cooperation with the Shunyi district government, a suburb of Beijing. The town, which ultimately will include the airport, manufacturing facilities, an exhibition center, and housing and recreational areas for up to 200,000 residents, is located about 10.5 miles east of Beijing. Archer is a former CEO of Superior Air Parts, which, five years ago, was bought by a Chinese company. Dallas-based Superior Air Parts makes aircraft engine cylinders and components, and at EAA AirVenture in July announced that it was seeking an STC to install its wholly built Vantage engine on Cessna 172s. 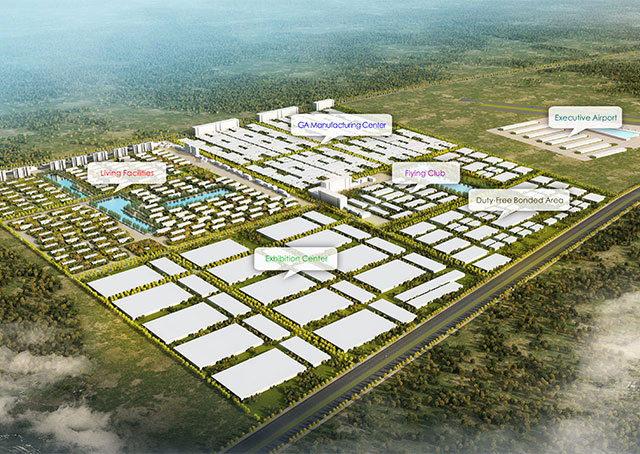 Archer sees the town as a unique way to kickstart aviation in China. Chinese citizens want Western goods to have a Chinese connection, he said, which is the purpose of the manufacturing facilities in the town. Western aviation companies can have a presence there, whether complete manufacturing, assembly, component manufacturing, or just a dedicated sales office. The facilities and housing will be built with Westerners in mind. The exhibition center will allow companies to showcase their aircraft and other goods in a showroom environment and will host large events throughout the year.

The town will have a duty-free bonded area, allowing goods to move into and out of the country easily. FAA and Chinese aviation authorities will also be housed there, providing easy access to government approvals for completed aircraft and components.

The executive airport will not provide airline service, but will instead focus on private and business aviation, initially providing parking for 50 aircraft with plans for parking 150 aircraft and adding a second runway in the future. The airport will have a flight school and host China’s first aero club, giving residents access to shared ownership in a variety of GA airplanes. The club is planned to promote GA activities, including airshows, sightseeing, aerial photography, and airborne medical services.

Archer reports that three major aviation companies have already expressed interest in locating in the town. Construction bids are being accepted now. For more information contact Archer at 972/829-4638.

Meanwhile, Archer reports that general aviation activity in China is increasing. Another Superior subsidiary is blending avgas in the country and is looking to buy a refinery to increase fuel production. 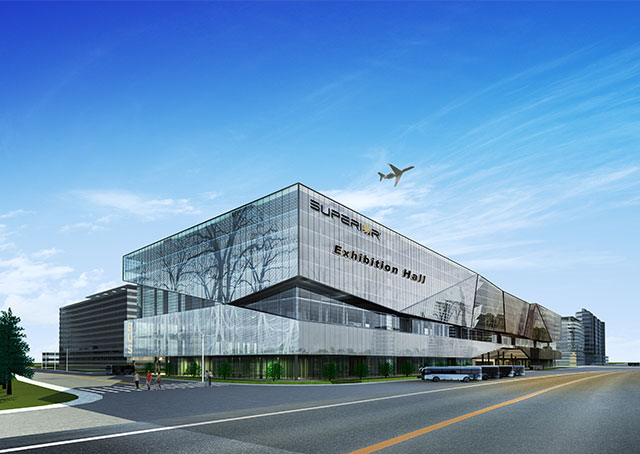 Contributor (former Editor in Chief)
Contributor and former AOPA Editor in Chief Tom Haines joined AOPA in 1988. He owns and flies a Beechcraft A36 Bonanza. Since soloing at 16 and earning a private pilot certificate at 17, he has flown more than 100 models of general aviation airplanes.
Go to Thomas B Haines's Profile
Topics: Airport, Aviation Industry, EAA AirVenture