Get the app Get the app
AOPA will be closing at 2:30pm ET Wednesday, November 23rd, and will remain closed Thursday and Friday in observance of the Thanksgiving holiday. We will reopen Monday November 28th at 8:30am ET.
AOPA Members DO more LEARN more SAVE more - Get MORE out of being a pilot - CLICK HERE
News & Media ‘152Reimagined’ intrigues pilots at AirVenture

AOPA’s ‘152Reimagined,’ a yellow-and-black refurbished Cessna 152, caused a flurry of excitement at the association’s exhibit during EAA AirVenture. Pilots interested in flying clubs and aircraft partnerships were interested in the aircraft’s price point—about $65 an hour—which makes it a viable option as an affordable, entry-level aircraft for flight training or ownership.

The 152Reimagined is part of the Reimagined Aircraft concept that AOPA and Aviat Aircraft are working on to test whether older Cessna 150/152s can be refurbished to as-new conditions at an affordable price. Aviat is purchasing, refurbishing, and reselling the certified aircraft. Cessna 150s are estimated to come in at $89,900, and Cessna 152s at $99,900.

Aviat Aircraft President Stu Horn said he received about “a dozen qualified and serious interest” leads during AirVenture, and another two dozen since either by telephone or email. “Most are from flying clubs, some of them long established clubs located across the US,” he said in an email to AOPA.

The burning questions Horn and AOPA staff received from pilots looking at the aircraft were about the restoration process and pricing. During a seminar at AOPA’s activity tent, Horn detailed the restoration process, explaining that the aircraft is “completely disassembled to its bare bones.” The paint and primer are removed, and inspections are performed on all of the part assemblies and components. Parts are either replaced with new, overhauled, refurbished, or rejuvenated ones. Horn stressed that all of the wiring, hoses, circuit breakers, and engine accessories are new.

Horn said the refurbished aircraft are “as new as can be.”

AOPA Insurance Services is able to offer $1 million liability/$100,000 per passenger, hull coverage for $99,900, medical pay of $5,000 per person to flying clubs and partnerships. Students are included in the flying clubs and partnerships insurance. The estimated annual premium for flying clubs would range from $1,400 to $4,100, and range from $1,000 to $1,500 for partnerships, depending on the number of people in the partnership. AOPA Insurance Services is also able to offer an annual premium to flight schools for $6,000 to $7,000, which is the same as schools currently pay.

“Reactions are all favorable and enthusiastic and supportive,” Horn said. “All are excited of the potential and value added to their organizations.” 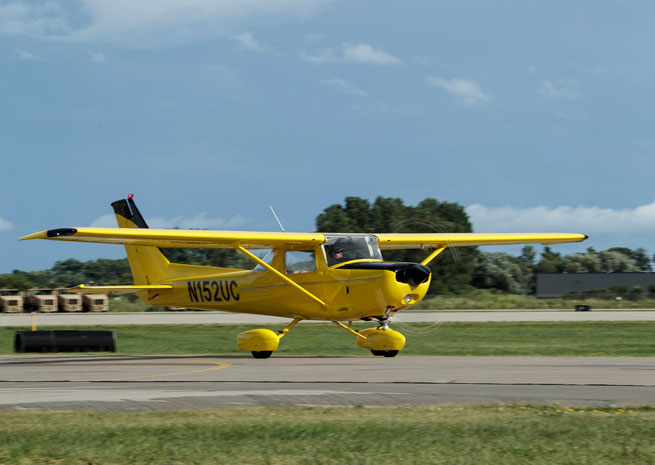