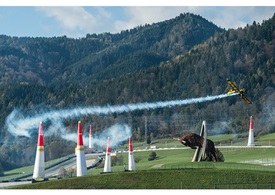 The Red Bull Air Race World Championship will make its first appearance in Japan in 2015, and another event is also penciled in for Sochi, Russia, though an asterisk (not to mention ongoing fighting in Ukraine which has prompted economic sanctions and international condemnation) next to the Sochi stop indicates uncertainty remains. As for Japan, tickets for the inaugural Red Bull Air Race in Chiba May 16 through 18 are already on sale.

Red Bull revived the championship series in 2014 following a three-year hiatus, and British pilot Nigel Lamb nailed down the championship in October in Spielberg, Austria, finishing second in the final race and capturing enough points to hold off Austrian Hannes Arch. American pilots Kirby Chambliss and Michael Goulian had disappointing seasons, finishing with a combined total of 10 points (Lamb won the championship with 62).

The United Arab Emirates will host the 2015 season opener in February, after which teams will have a lengthy hiatus before heading to Chiba and Sochi events, both scheduled in May (though the official website noted, as of Dec. 1, that the Sochi event was still to be confirmed).

“We’re always making efforts to bring the sport to our fans,” Wolf said in a news release. “We will race in Japan and Russia, countries full of enthusiastic motorsport and aviation fans.”

The 2015 series will conclude with the two U.S. stops: Fort Worth, Texas, in September, and Las Vegas in October. The race in Spielberg, Austria (on a course built over Red Bull’s Formula One race track) has been moved up to September. Races in Ascot, Great Britain, and Budapest, Hungary, round out the 2015 schedule. 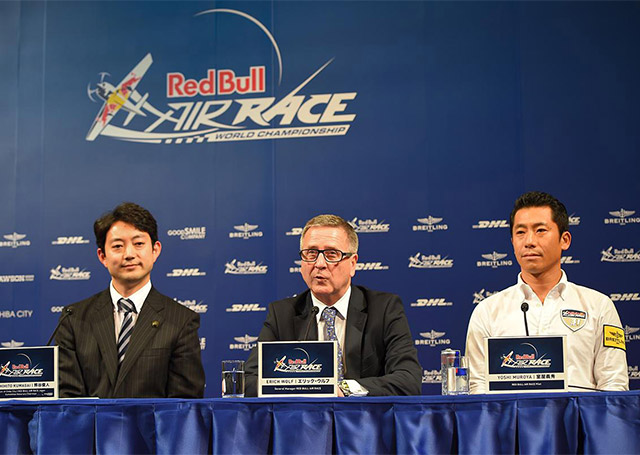