Get the app Get the app
Already a member? Please login below for an enhanced experience. Not a member? Join today
News & Media Buyer's market 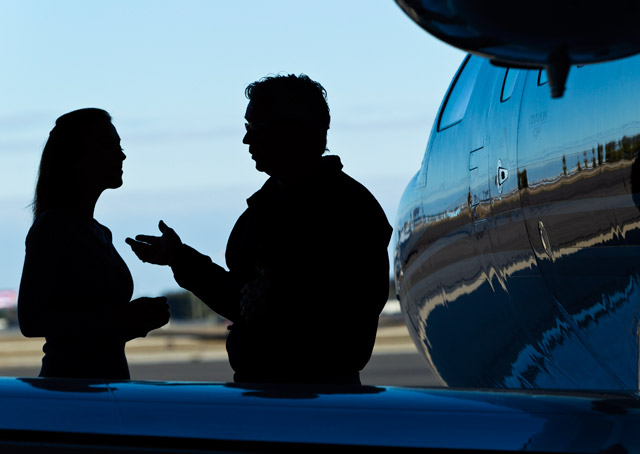 Singing “Happy Days Are Here Again” is a bit premature if you have a used aircraft to sell, but for those on the other side of the transaction the picture is rosy indeed.

Recent surveys show increasing confidence by businesses and consumers, flight activity is trending upward, and new aircraft sales are picking up—the General Aviation Manufacturers Association reported in October a 5.7 percent increase in shipments through the third quarter compared to the same period 2013. Many of those shipments involve a trade-in, and that has further increased the supply of used aircraft, including those with relatively low time.

Rolland Vincent, an aviation analyst who operates Rolland Vincent Associates, said the numbers add up to “a very good time to buy,” perhaps even a buyer’s market of historic proportions. “I would say they should probably buy soon, though.”

Vincent and other analysts are talking recovery with increasing confidence, reflecting consumer confidence surveys approaching all-time highs, buoyed by rising employment, rising corporate profits, and falling energy prices. Vincent said those trends (which he wrote about in his most recent newsletter) continue to inspire expectations that 2015 will see more corporate flight departments, large fleet operators, and individuals looking to upgrade or buy for the first time. Vincent expects mid-sized jets will do particularly well, thanks to a larger number of attractive aircraft available—both new and used. Mid-size and super-midsize jets offer a balanced value proposition: an investment of $20 to $25 million can land an aircraft with relatively low time, a stand-up cabin, and transcontinental range, Vincent said

“Younger aircraft continue to move very well,” Vincent said. Which is not to say he’s surprised: Historically, the economy needs about six years to recover from deep recession, and that schedule appears to be panning out as the clock winds down on 2014. “The market’s pretty much where we expected it to be.”

Demand continues to be soft for light jets, and the large-cabin models (excluding Gulfstream's G650, which continues to sell like $65 million hotcakes, commanding price premiums even on the used market unlike just about everything else with wings), though Vincent expects all segments—from pistons to turboprops to intercontinental jets—to see improvement.

Richard Aboulafia, vice president of the Teal Group, said the inventory of aircraft for sale has declined, as a percentage of the total fleet, well below 10 percent, "which, historically, is very healthy."

Aboulafia and Vincent both note that North America is driving the current recovery, and that it remains to be seen if weakness overseas might still compromise the upward trajectory.

Vincent said that flight operations have increased about 4 percent over the past 12 months, and that higher utilization reflects an easing of the belt-tightening that began in 2008 when the economy headed south. Major purchases were deferred, though they are only deferred for so long.

“We think that corporate flight departments are coming back in the market,” Vincent said. Aircraft makers are lining up a range of new options to consider, and that may further boost the used aircraft inventory. The cycle of aircraft owners trading up, and new owners buying in, which was long suppressed by the Great Recession, appears to have resumed.

“The enthusiasm factor is there,” Vincent said.

"But the good times are heavily focused in North America, and therefore for every aircraft class except heavy jets, which are suddenly stagnant," Aboulafia wrote in an email exchange. "Is a strong recovery sustainable when it's driven by one continent?"

The credit market also contracted sharply amid the recession, and while loan availability has not yet recovered to pre-recession levels, there are new players jumping into the financing market to replace those banks and other lenders who departed.

Prices should remain low only as long as supply exceeds demand, but once the slack is gone prices are likely to head upward once again—barring fresh sources of economic trouble. “Things will resettle and rebalance,” Vincent said.