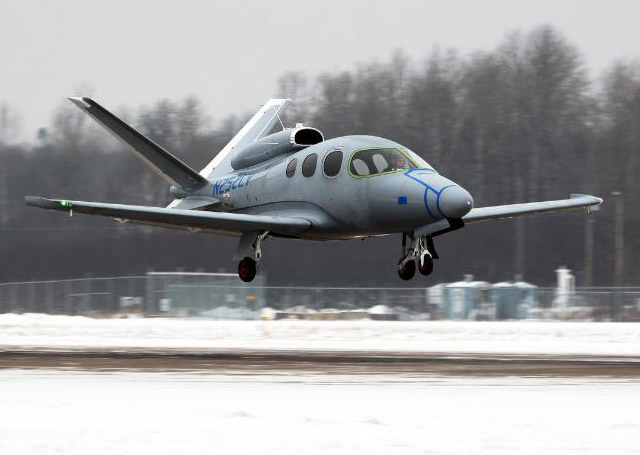 Cirrus Aircraft has some encouraging news for the more than 500 customers who have laid down deposits on the $1.96 million SF50 Vision personal jet: The third and final certification flight test aircraft made a successful maiden flight Dec. 20.

Launching from Duluth International Airport for a 20-minute sortie, the aircraft known as “C2” (they started numbering at zero) handled as expected. Cirrus Director of Engineering Flight Test Mike Stevens reported in a news release that the program enters 2015 “on schedule.”

Cirrus launched the first test aircraft in March, followed by a second in November. The first SF50 is being used to test performance and handling, including upcoming tests of in-flight deployment of the Cirrus Airframe Parachute System (CAPS), installed on all Cirrus aircraft and credited by Cirrus with saving 103 lives to date. The second aircraft will primarily be flown to validate the flight into known icing (FIKI) capability of the SF50, leaving the third aircraft to test reliability and optional equipment installations. The three aircraft have combined so far to log 250 hours, the company noted.

The SF50 has seating for five adults, and can accommodate two more children or small adults. It is expected to deliver 300-knot cruise speeds and bridge the gap between high-end pistons and light jets. The company will provide transition training for new owners, and the first deliveries are expected in late 2015.