Get the app Get the app
Already a member? Please login below for an enhanced experience. Not a member? Join today
News & Media Rotorcraft Rookie: Night flight 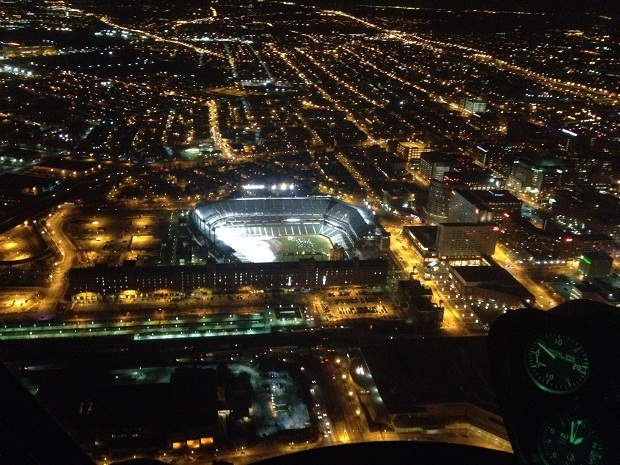 Another week, another incorrect assumption. You would think I would learn. Like on the cross-country I wrote about last week, I was surprised to discover that flying a helicopter at night is quite different from flying an airplane at night. The canopy, altitudes, and off-airport operations are unique to rotorcraft.

We planned to complete the three hours of required night flight training on one night. It started with a cross-country from Frederick Municipal Airport in Maryland to Bay Bridge Airport east of Baltimore, and then back to Frederick over Charm City, followed by the required 10 takeoffs and landings at home.

The first difficulty in a flight like this is navigating. Without any radio or satellite navigation aids, the training helicopter is pretty much bare-bones flying. Some amount of dead reckoning can be done at night, but that’s only because we live in an urban area. Trying to dead reckon in a rural area with no moon would be pretty much impossible. That’s why Apple created iPads.

To make things even more interesting, this flight would be through the Washington, D.C., Metropolitan Special Flight Rules Area, threading a five-mile gap between the Flight Restricted Zone and the surface area of Baltimore’s Class B airspace. All that turned out to be a non-event with my instructor holding the iPad while I tried to find lights to use as heading reference points. It was great practice to try and fly a precise heading and altitude when we’ve previously found wandering all over the sky to be more fun.

Because helicopters generally fly lower than airplanes, flying at night requires some really careful planning. Charts must be studied and studied again to ensure terrain and obstacle clearance. I’d never fly 1,000 feet agl in an airplane at night, but that’s normal in a helicopter. In fact, we passed two that were lower than us. You tend to get a lot more visual illusions this low. At times I saw the ground sloping up in the distance to meet our altitude when the chart said otherwise. 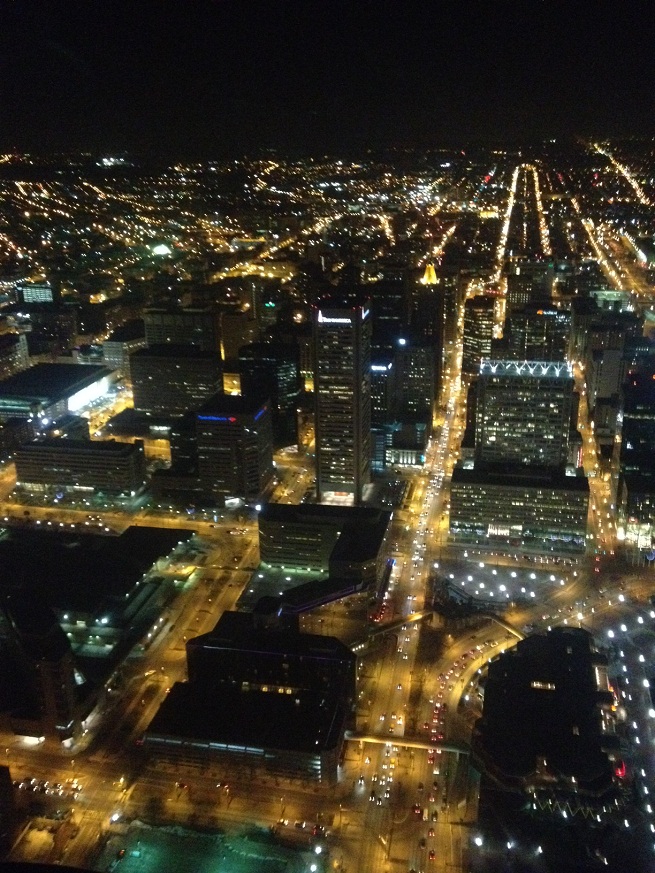 The canopy also contributed to some visual difficulties. Various textbooks advise to keep the lights as low as possible on an airplane’s panel to retain good night vision. In most airplanes doing that will lower them enough to avoid any sort of reflection off the front windscreen. All bets are off in the helicopter. There is a glareshield, but it only covers the upper panel. The lower center panel is free to bounce its light all over the cockpit, including right in front where you are trying to look. When that’s combined with brighter city lights (larger canopy and closer), it makes seeing outside much more difficult.

Taking off and landing at night is not unlike the experience in an airplane, except that the location takes some additional thought. Helicopters often operate off-runway, even if it’s to a taxiway or ramp. Any operation not from a runway obviously increases the chance of a wire strike or hitting another obstacle, whether it’s day or night. To combat this issue at night, many medevac pilots have been trained to use night-vision goggles to help spot potential obstacles. Needless to say, we opted to use the runway.

That presents its own considerations. A normal helicopter approach is generally around 10 degrees, meaning the visual approach aids are of no use. To help get the first few dialed in we tried using the standard three-degree glideslope, which may have the benefit of a nice visual aid, but it’s a unique type of approach for a helicopter. We also practiced run-on takeoffs and landings, which are even madder at night. What I expected to be most challenging of all, hovering at night, turns out to be sort of like landing an airplane at night—it’s not completely different but the first few are pretty ugly as you establish new visual cues.

For all its challenges, flying the helicopter at night did lead to some pretty spectacular sights, including those of downtown Baltimore. Try getting that view in an airplane.