Get the app Get the app
AOPA will be closing at 2:30pm ET Wednesday, November 23rd, and will remain closed Thursday and Friday in observance of the Thanksgiving holiday. We will reopen Monday November 28th at 8:30am ET.
AOPA Members DO more LEARN more SAVE more - Get MORE out of being a pilot - CLICK HERE
News & Media Canada certifies Thrush 510G agplane 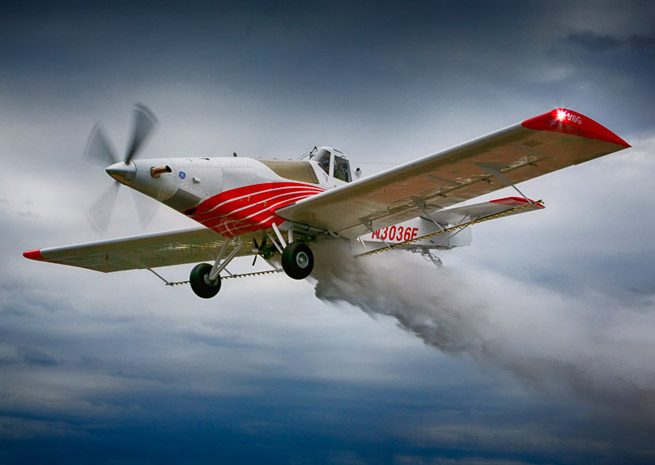 Thrush Aircraft, a manufacturer of aerial application aircraft based in Albany, Ga., has obtained Canadian full type certification of its Thrush 510G turboprop, the company said in a news release.

Canada’s approval completes a 13-month process, and follows up on recent certifications in Argentina and Brazil for the aircraft that is powered by an 800-shaft-horsepower General Electric H80 engine, and was initially certified in the U.S. in 2012. A version of the aircraft with an aft cockpit was certified in the U.S. in 2013, and can carry about 200 additional pounds. The Canadian certification applies to both designs.

In November 2010 AOPA reported that the Thrush 510G had become the first application of GE’s H80 engine. The H80 is based on the Walter 601 powerplant, and features an extended service life of 3,600 flight-hours or 6,600 cycles between overhauls.

Thrush said it quickly sold out last year’s model 510G production after word got out about the aircraft’s performance and handling. Sales included the company’s largest order to that date, sellin 20 aircraft to a Chinese agribusiness customer. Thrush said it expects Canadian demand to be high as well in 2014.

"Our Canadian customers have been very anxious to put the 510G to work over Canada’s farm fields as soon as possible," said Payne Hughes, president of Thrush Aircraft, noting that Canadian certification officials had been "simply great to work with."

Thrush Aircraft was founded in 2003. The company manufactures a line of aircraft used in agriculture, forestry, and fire fighting. There are more than 2,000 Thrush aircraft operating in about 80 countries, the company said.

Dan Namowitz has been writing for AOPA in a variety of capacities since 1991. He has been a flight instructor since 1990 and is a 35-year AOPA member.
Go to Dan Namowitz's Profile
Topics: Jet, Aviation Industry