Get the app Get the app
AOPA will be closing at 2:30pm ET Wednesday, November 23rd, and will remain closed Thursday and Friday in observance of the Thanksgiving holiday. We will reopen Monday November 28th at 8:30am ET.
AOPA Members DO more LEARN more SAVE more - Get MORE out of being a pilot - CLICK HERE
News & Media Diesel-upgrade program launched for Cessna 172

Efficiency, safety, and value all will benefit from a newly announced Cessna 172 upgrade program to add a diesel engine, a three-blade constant-speed propeller, and advanced avionics to the aircraft, said Premier Aircraft Sales of Fort Lauderdale, Fla.

A state-of-the-art Garmin glass panel with touch-screen avionics will top off the upgrade package.

Art Spengler, Premier’s vice president of operations, said the company began planning the upgrade program in the summer when inquiries from aircraft owners familiar with the firm’s other conversion work signaled that a Skyhawk refurbishing might fly. The program, announced in late February, was a "direct response" to the interest shown, he said.

Spengler cited the Centurion engine’s expected fuel burn at 75-percent cruise power of 5.2 gallons of Jet A-1 per hour, compared to a Lycoming-IO-360-powered Cessna 172’s typical fuel consumption of about 9.2 gph at the same power setting. The diesel engine is also 24-percent quieter than the Lycoming, adding comfort to the cabin and putting less strain on avionics, he said.

The upgrade "gives owner/operators a number of other benefits, including a much easier-to-operate single lever FADEC system," Premier said in an announcement. "Power, mixture and propeller settings are all done with one-lever. No more worrying over fine power/fuel adjustments."

In a phone interview Spengler estimated the cost of the basic refurbishment at $95,000 to $100,000.  Adding the Garmin G500 flight display system and GNS750 touch-screen GPS/com/nav avionics upgrade increases the invoice about $65,000. Spengler said other avionics upgrades are possible, and that the refurnished aircraft will be available without a panel upgrade if that is what an owner has in mind.

"We want to do it cafeteria-style for them," he said.

Spengler emphasized that all refurbishing will be done at the Premier Aircraft Service Center at Fort Lauderdale Executive Airport. The company will produce a line of Premier Edition 172 aircraft for sale, and has already begun to receive inquires from owners interested in upgrades of their own aircraft, he said, citing the case of a flight school in the Caribbean that now buys $9-a-gallon avgas—while Jet A is available for $4.

Depending on demand, Premier could produce from two to four refurbished aircraft monthly, and would consider taking steps to accommodate any needed expansion. 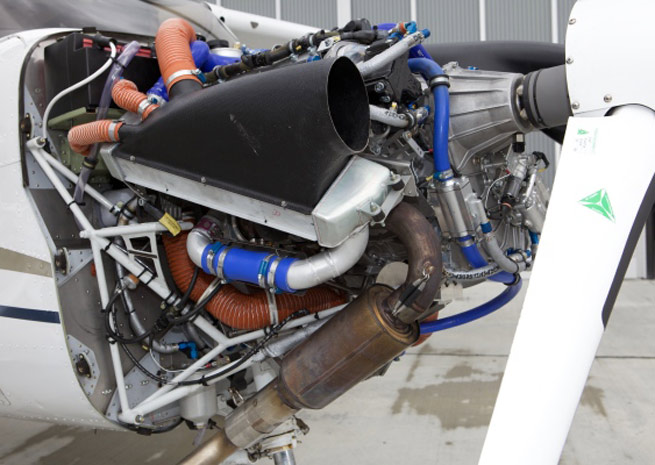 Dan Namowitz has been writing for AOPA in a variety of capacities since 1991. He has been a flight instructor since 1990 and is a 35-year AOPA member.
Go to Dan Namowitz's Profile
Topics: Aviation Industry, Avionics, Ownership