Get the app Get the app
Already a member? Please login below for an enhanced experience. Not a member? Join today
News & Media Pilot support surges for GA protection bill

'Did you preflight yourself?' 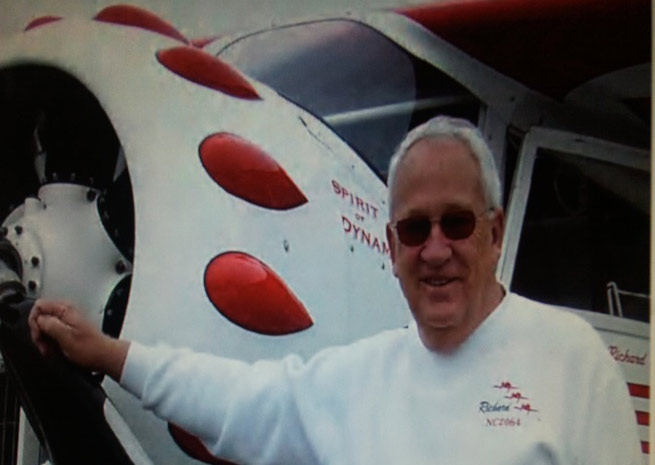 On one day during each medical-certificate cycle, Richard Smith, a 40,500-hour pilot, spends about a half hour undergoing an aviation medical examination that determines if he is fit to fly.

Then comes the rest of the cycle.

"The rest of the time it’s up to you to decide whether you’re fit to fly. That’s the way I’ve done it," he said in a phone interview.

Smith, of Seneca, Pa., said he couldn’t be more enthusiastic about the introduction in Congress of H.R. 3708, the General Aviation Pilot Protection Act, submitted by House General Aviation Caucus member Todd Rokita (R-Ind.) and GA Caucus Co-Chair Sam Graves (R-Mo.). The newly introduced bill would allow pilots to use a driver’s license medical standard to fly VFR, not for compensation, in aircraft that weigh up to 6,000 pounds and have up to six seats.

Smith, a corporate pilot for 37 years, former FBO operator, flight instructor, and owner of a prize 1937 Clip Wing Monocoupe, wants fellow pilots to be ready to make the bill’s case to their elected representatives—especially those unfamiliar with general aviation.

Help them understand that a fitness-for-flight self-assessment is "what you do, I do, what every pilot does," he said.

Smith, 72, makes the proposal's case as a pilot who was honored in 2007 by the National Business Aviation Association with a Pilot Safety Award upon his retirement after 27,250 or more accident-free hours flying business aircraft. He holds seven type ratings: five for Cessna Citation jets and two for larger members of the Beech King Air series of turboprops.

He described how, as a chief pilot in corporate cockpits, he always ensured that situational awareness included a frank self-assessment by each crewmember, and an appropriate division of the flight workload.

As a flight instructor, Smith said, he emphasizes to his students the concept of a self-assessment—putting it right up there in importance with the other essential preflight responsibilities.

"I tell my primary students: preflight the airplane, preflight the weather. Look at the windsock, visibility, clouds. The last thing I’d say is, 'Did you preflight yourself? Did you get a good night’s sleep last night? Did you take any over-the-counter drugs?'"

Comments have flowed in to AOPA in support of the bill following its recent announcement. One pilot who contacted AOPA wrote that he has had to "jump through hoops" to maintain medical certification after hospitalization to remove a kidney stone. But what all the hoop-jumping boiled down to was the pilot taking responsibility for making sound fitness-for-flight decisions.

"I believe this will be an excellent change, and look forward to doing whatever I can to help push it through," the pilot wrote in an email to AOPA.

In an interview with AOPA Editor in Chief Tom Haines, Rokita, said he was encouraged by initial response to the proposal aimed at "rolling back the red tape and reducing the cost to our flying."

Rokita said House supporters would work first to build "a long and healthy sponsorship list" for the measure. After winning House passage, supporters would replicate the process in the Senate in hopes of having the legislation passed and signed by the end of 2014.

Responding to the large number of member inquiries about how to help win passage for the measure, AOPA is advising pilots to wait until Congress returns from January recess before launching coordinated action. In the interim, AOPA will update members on the issue in the weekly AOPA ePilot newsletter, and on AOPA Online.

The association has also provided answers to these frequently asked questions about the General Aviation Pilot Protection Act.