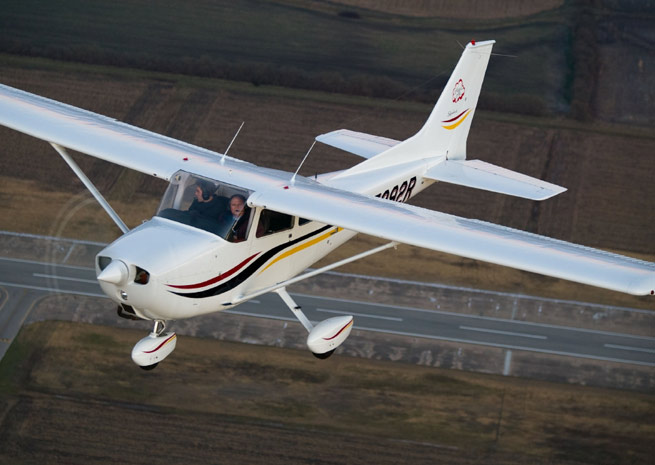 Administrator Michael Huerta has formally responded to an AOPA request for an update on the status of the association’s third-class medical petition, but it remains unclear when the agency will make a final decision.

In the Dec. 26 letter, Huerta apologized for the delay in taking action on the petition, saying it was important to “ensure that such an unprecedented change will not result in any adverse impact that could lead to degradation in safety.”

The administrator also acknowledged the importance of the issue to pilots, referring to the more than 16,000 comments submitted on the petition.

The letter was sent following a meeting with AOPA President Mark Baker that included discussion of the third-class medical issue.

“We appreciate the administrator’s willingness to discuss this issue and the FAA’s concern for safety—that’s always our highest priority,” said Baker. “But we do feel pilots have waited long enough for an answer, so we will keep vigorously pursuing both our petition and legislative options to expand the use of the driver’s license medical standard.”

It has been almost two years since AOPA and EAA submitted a joint petition that would expand the use of the driver’s license medical standard. In the face of FAA inaction and strong interest from the pilot community, Congress has recently taken matters into its own hands.

The legislation would allow pilots to use the driver’s license medical standard for noncommercial VFR flights in aircraft weighing up to 6,000 pounds with no more than six seats. That includes virtually all single-engine airplanes with six or fewer seats as well as some twins. Pilots would be allowed to carry up to five passengers, fly at altitudes below 14,000 feet msl, and fly no faster than 250 knots. The act also would require the FAA to report on the safety consequences of the new rule after five years.

To help gather the momentum needed to pass the General Aviation Pilot Protection Act, AOPA will be calling on members to show their support. Look for details about how you can help in upcoming issues of ePilot and on AOPA.org.