Get the app Get the app
Already a member? Please login below for an enhanced experience. Not a member? Join today
News & Media TBM 850 turboprop deliveries up in 2013 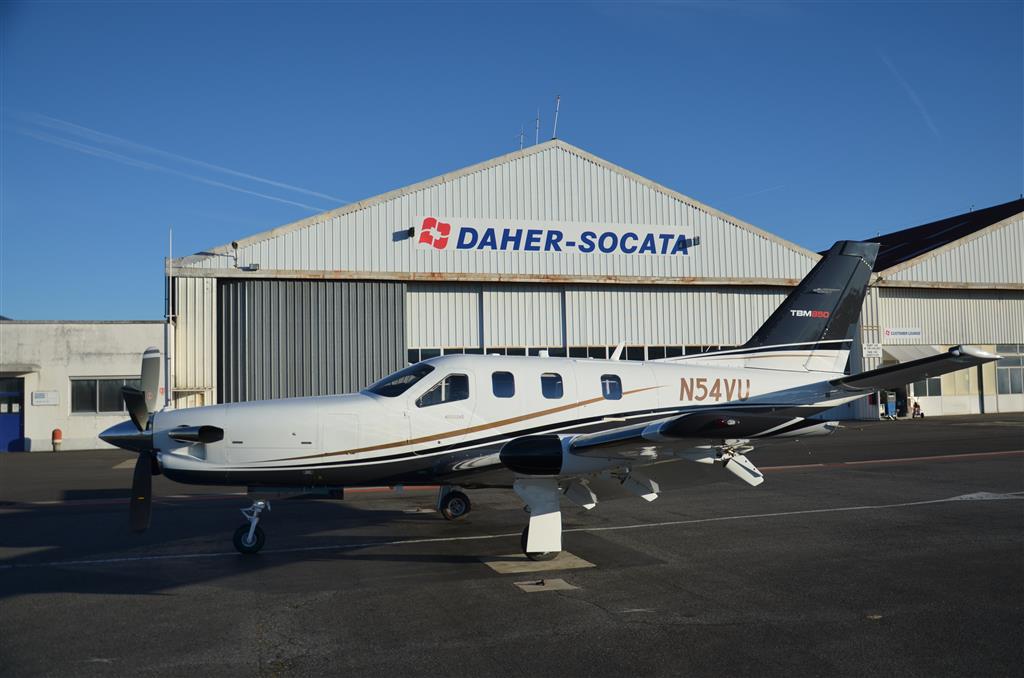 Daher-Socata delivered 40 new TBM 850 single-engine turboprops in 2013, a 5-percent increase over 2012 and a gain of market share, said the Tarbes, France-based manufacturer.

Taking a cautious view of prospects for 2014, Daher-Socata said it sees "a slight increase in demand" for its TBM line. It also saw prospects in regulatory changes allowing commercial operators in Europe to fly passengers in instrument meteorological conditions in single-engine aircraft—a development that would open "new perspectives for the TBM family." That shift reflected official acknowledgment of the safety of turboprops, the company said.

However, the economic crisis "is not over yet in North America and in Europe. And we don’t yet see general aviation growing in emerging countries, except in Latin America," spokesman Philippe de Segovia told AOPA in an email message.

In a Jan. 21 news release, Daher-Socata reported that the majority of TBM 850s sold in 2013—about 72 percent—went to U.S. buyers, with 10 percent of deliveries to European customers, and 7.5 percent of the 320-knot aircraft (at Flight Level 260) destined for Brazil, China, and Mexico.

The 20-percent market share for the single-engine, turbine-powered business aircraft in 2013 increased from 18 percent in 2012, the company said.

The annual results were the fourth best for the TBM line of aircraft since 1990, highlighting the value of a fast turboprop in the demanding light turbine business aircraft sector. The performance also reflected the importance of the aircraft to Daher-Socata’s operations, said company President and CEO Stephane Mayer.

The 2013 deliveries bring the number of TBM-family aircraft received by customers to 662, of which 338 are TBM 350s, which were introduced in 2005 and joined by an Elite version, with updated seating configurations and added baggage space, in 2012. The combined TBM 700/850 fleet has now surpassed 1.1 million flight hours, the manufacturer said.