Venice Airport has a new lease on life 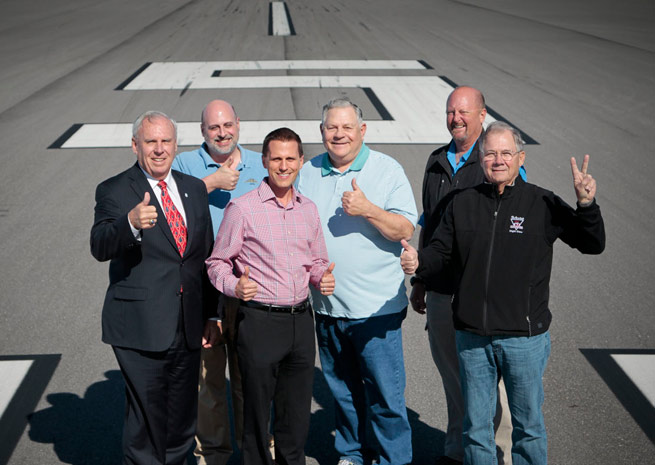 Venice Municipal Airport in Florida, once a victim of “benign neglect” according to its supporters, is in trouble no more. The historic former army base on the Gulf Coast of Florida has turned itself around, thanks in great part to a small cadre of supporters who never stopped believing.

AOPA Manager of Airport Policy John Collins saw firsthand the accomplishments at Venice Municipal Airport Jan. 15 as he toured the 835-acre airport, spoke before the city’s economic development advisory board, and was a guest at the monthly meeting of the Venice Aviation Society Inc. (VASI). “You have a very valuable and economically viable airport here,” Collins told the advisory board. “The differences between my visit in 2010 and today are incredible—the rehabilitation of Runway 5/23, the new fencing, the obstruction removal, the realigned taxiway. We can’t thank you enough for your support of your airport.” He conveyed the same message to city council members and VASI members in the audience at the VASI meeting as well.

Venice Municipal faced opposition in this small resort town (population 21,000), which welcomes “snowbirds” January through March, when northerners trek south to Florida’s sunny shores. Venice is a charming and quaint small town bordered by the Gulf of Mexico and the Intracoastal Waterway. The airport, established in 1947, was a training base and later an active general aviation airport. But as the city grew and economic belts tightened, the airport began to suffer from “benign neglect,” according to Paul Hollowell, a member of the VASI board of directors.

It worked. The most vocal detractor and two of her friends were voted onto the city council. One was the mayor. 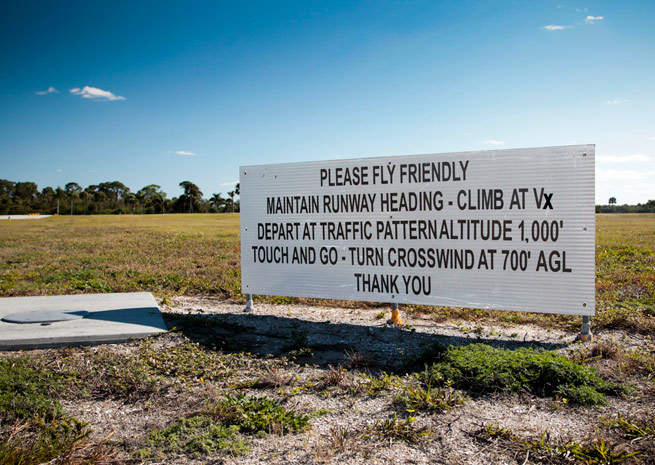 VASI President Emeritus and AOPA Airport Support Network Volunteer Nick Carlucci calls these times “The Troubles.” When the airport detractors stirred up the citizens, they picketed landing jets at the airport and stood on the island’s bridges with signs telling visiting pilots to go home. They forced legislation and worked to close the airport.

Carlucci, a decorated Vietnam veteran and a Cessna 172 owner and pilot, hasn’t lost his Brooklyn accent, nor his Brooklyn brashness. The former Marine Corps colonel joined forces with Hollowell and some others and activated VASI. They worked with AOPA and the FAA. Carlucci’s tenaciousness is a key factor in why Venice Municipal is no longer under attack.

“Tremendous advocates,” is the phrase Venice Mayor John Holic uses to describe Carlucci and the VASI members. “They love flying above just about everything else, but the love they have for the city has turned out positively for Venice and its airport.”

The situation at Venice Municipal was so poor that when airport manager Chris Rozansky accepted the job in October 2010, a friend said he wouldn’t wish that job on his worst enemy. And, initially, Rozansky suspected his friend might have been right. He was harangued and badgered, but with the help of the team from VASI and a new mayor and council members, he slowly was able to “tell the airport story.” A story of how much income the city derives from its tenants and users, how only three percent of the 60,000 takeoff and landings are from jets, and that the FAA wasn’t planning on taking residential housing.

With a supportive mayor and council, the vigilant work of VASI members, support from the FAA, and silenced detractors, Venice Municipal recently opened a reconstructed noise-mitigation Runway 5/23 (there’s a plaque outside the airport manager’s office that says Rest in Peace for the old runway). There are 220 based aircraft, an FBO, avionics shop (Sarasota Avionics, which has contributed to AOPA sweepstakes aircraft projects), two flight schools, and maintenance facilities. The Sarasota County Sheriff’s helicopter, providing law enforcement and firefighting support, and Agape Flights, a missionary organization, are based at the airport.

“Venice Municipal Airport has gone from the poster child of neglected airports to a business case in one turning around,” proudly states Brett Stephens, VASI president.

Council Member Kit McKeon, who served on the past council and was re-elected for a second term said, “We’ll remain vigilant against those who might try to diminish our airport, but let me assure you that the modernized Venice Municipal Airport is open for business.”