Get the app Get the app
Already a member? Please login below for an enhanced experience. Not a member? Join today
News & Media Watch for Detroit Class B changes in April

Watch for Detroit Class B changes in April 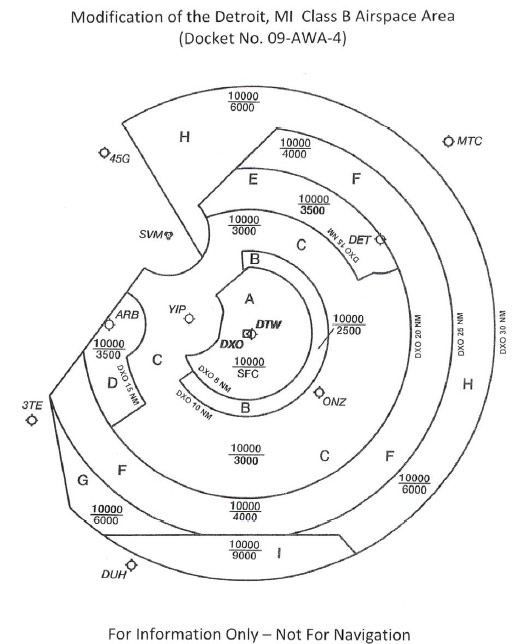 AOPA is advising pilots who may operate in or near the Class B airspace associated with Michigan’s Detroit Metropolitan Wayne County Airport to familiarize themselves with airspace modifications set to take effect April 3.

As finalized by the FAA, the airspace reconfiguration lowers the Class B floor in airspace segments extending to 30 nautical miles out from the center to the north, east, and south. (In the east, the affected Canadian airspace is designated Class C.)  The entire Detroit Class B airspace area’s ceiling has been raised from 8,000 feet to 10,000 feet msl.

AOPA participated in the rulemaking process for the airspace redesign, and called on the FAA to mitigate elements that would make it difficult for general aviation pilots to operate under visual flight rules in the vicinity.

"Pilots should become familiar with the changes and plan accordingly," she said.