Get the app Get the app
AOPA Members DO more LEARN more SAVE more - Get MORE out of being a pilot - CLICK HERE
News & Media FBOs in a bind: No more freebies?

FBOs in a bind: No more freebies? 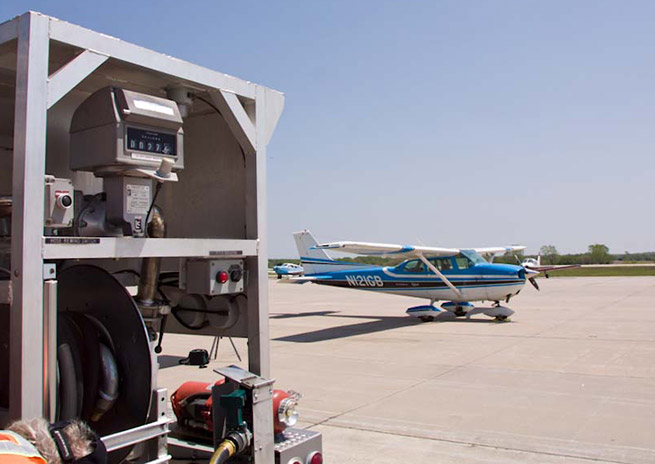 The days of FBO fuel discounts, freebies, and complimentary services being commonplace may be drawing to a close. The industry is treading carefully, however, despite being pressured by increasing costs and flat or declining revenue.

The cost of fuel—particularly avgas—can spark a passionate response from pilots like few other topics in aviation. It has been cited by many pilots as the reason they quit flying, or are giving it a lot of thought. Redbird Skyport in San Marcos, Texas, was nearly overrun after offering avgas at $1 a gallon as an experiment last year, and cut the experiment short after pumping nearly two years’ worth of sales, in terms of gallons, in just two weeks. Even a much more modest deal on avgas can draw pilots from far and wide, so it may seem counterintuitive when John Enticknap and Ron Jackson, founders of Aviation Business Strategies Group, suggest that maximizing revenue may be the key to FBO survival in these lean times.

Specifically, they urged attendees of the recent National Business Aviation Association Schedule and Dispatchers Conference in New Orleans, to consider borrowing a page from the automotive industry playbook: two-tiered pricing, similar to self-serve and full-serve, where those who want their gas pumped and their windshield washed pay a little more per gallon. In the FBO context, the free newspapers, ice machine, coffee, wireless Internet, or weather briefing station might be reserved for those willing to pay a little more for fuel, or pay a fee. Some FBOs already charge such fees—often called a “facilities fee”—to cover expenses, a practice that has increased in popularity in recent years.

Enticknap, an industry veteran and past president of Mercury Air Centers, said that many pilots, and even some FBO owners and operators, don’t realize there’s a cost associated with every aircraft that parks on the ramp. Insurance can top $1,000 a day for a medium-sized operation; staff to greet visitors, pump fuel, clean bathrooms; utilities and rent; subscriptions to digital weather services, newspapers, and even the coffee all cost money.

Amid climbing costs, revenue has remained stagnant, and something has to give, said Enticknap, who, with Jackson, has led an FBO business strategy seminar offered through the National Air Transportation Association since 2008.

“What we’re saying is, all airplanes that come into a facility need to contribute to your revenue in one form or another,” Enticknap said.

It is perhaps unlikely pilots will see a coin slot on the bathroom door any time soon, but one never knows. “It’s not quite down to that, but you see, for instance, that there’s a lounge fee” in some overseas locations, Jackson said, noting that overseas FBOs in many cases are not involved in the fuel transaction at all, but instead rely on usage fees for revenue. “By and large, most of the FBOs are going to find it harder and harder to give stuff away.” 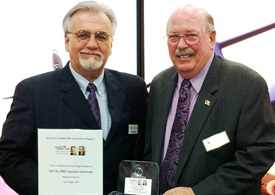 ‘Nobody wants to be first’

Discounting fuel is a time-honored tradition in the industry, Enticknap and Jackson said, and FBOs have long been motivated to discount fuel—particularly Jet-A, which is sold in much higher volume and at a higher margin, though avgas is often sold at a discount as well.

When it comes to high-volume customers, particularly those who buy Jet-A, FBOs rarely sell at retail. “The reality is that they’re selling almost nothing at their posted price,” Enticknap said. “I did the same thing when I was at Mercury.”

Even low-volume customers—the Cessna 172 pilot who drops in for 20 gallons, for example—can expect a discount of some degree (if they ask for one), even if none is advertised. Enticknap said it’s not uncommon for an AOPA membership card to elicit a better deal, even in the absence of an advertised or official program.

“You can always ask,” said Enticknap, who flies a Beechcraft Baron 58. “I ask for discounts, too.”

Those discounts eat into a steadily shrinking margin. In years past, a margin of about $2 per gallon was typical on Jet A, and Enticknap and Jackson noted in their conference presentation that the current average has fallen below $1.60 per gallon, and for some, south of $1 per gallon. Avgas margins are tighter still, in large part because the avgas market represents a small fraction of the overall fuels market. Despite shrinking margins, FBO owners and operators have remained motivated to negotiate, particularly with high-volume customers, and even lower-volume customers who offer to purchase more fuel in exchange for a lower price. The growing popularity of fuel contracts in which customers are given a discount for buying in bulk also eats into the FBOs margin, and significantly reduces how much fuel is sold at the posted retail price.

“FBOs have told me they’re lucky if they sell 20 percent of their fuel at that (posted) price,” Enticknap said.

Enticknap and Jackson said they counsel FBO operators to start with the basics, and calculate with care exactly what it costs them to pump a gallon of fuel. That figure should account for overhead, including the cost of maintaining and insuring courtesy cars, and the fees many airports charge, known as flowage fees, for each gallon pumped on the field. Flowage fees can range from a nickel to 25 cents on each gallon, or even more, and cash-strapped airport operators have been motivated in recent years to increase their cut.

Many clients and seminar attendees find a revelation when they do this math, Enticknap said. Attendees have reported back to these consultants that careful analysis has led them to adjust their business model and actually generate more profit on less volume.

At the same time, the incentive to discount from the posted price remains, to a degree. One effective strategy pilots can employ is offering to take a full tank at a discounted price, rather than a partial fill at the posted price. From the FBOs perspective, it costs the same amount to pump 50 gallons as it costs to pump 5, with respect to payroll, insurance, and other overhead (excluding the fuel cost and flowage fees). A larger order can thus be more profitable, even when the price per gallon is a little lower.

“You do a little upsell,” Enticknap said. “That’s the way they’ve got to think about it.”

Still, the trends of rising costs and flat or declining volume complicate the equation, and very few FBOs can afford to give away what they have traditionally offered. Particularly in more competitive markets, dense with airports that can set themselves apart with a few cents off the posted retail price of another nearby airport, the pressure to compete collides full force with the pressure to maintain revenue.

“Nobody wants to be first” to raise prices, Jackson said. “We think this two-tier system is a good way to go.”

‘The business is shrinking’

ABSG surveyed more than 500 FBOs of various sizes, and 44 percent reported a decrease in total fuel volume in 2013 compared to 2012. Another 13 percent reported flat sales, while 22 percent reported an increase of 5 percent or more. Respondents generally expect the same trends to continue in 2014: More than half expect fuel sales to remain flat, or decline.

The market trends are not particularly new, but there are signs they may take an increasing toll—particularly on independent operators, locally owned FBOs at smaller airports. In 2008, there were more than 3,200 FBOs operating at airports with at least 3,000 feet of hard surface runway. That number has now dropped below 3,000, partly through consolidation.

The seminar Enticknap and Jackson have offered through NATA since 2008 is primarily geared toward the independent operator, rather than the larger chains that generally keep careful track of costs and expenses, profits and losses.

They suggest operators should be a lot more careful about what they give away. If a single-engine piston pilot parks, disembarks, logs on to the wifi, borrows the crew car,  grabs a cup of coffee, and departs without taking any fuel, the cost of those services must be picked up by other customers if the FBO is to stay in business over the long haul.

The end of steaks and wine?

The give-away is not necessarily an endangered species, particularly at larger FBOs that cater to high-volume customers (larger aircraft with large fuel tanks). An informal 2011 survey by AOPAPilot found a diverse array of enticements offered across the country, from juicy steaks and bottles of wine to T-shirts and hats. Given the fact that fuel sales remain the main revenue generators for nearly all FBOs, and it remains a competitive market, Enticknap does not expect the practice to disappear entirely, though it will likely be curtailed as more and more FBO operators sharpen their pencils and calculate the costs.

The major chains were a bit tight-lipped on the subject. Of three major providers contacted for comment on this story, only Signature Flight Support responded immediately—via email.

“Signature has customized programs for handling and fuel for all types of aviators from Avgas single engine to JetA-powered business jet aircraft,” wrote Signature Vice President of Marketing Patrick Sniffen.  “For Signature, we are focused on providing highly personalized, world class service to all of our customers, large or small, and provide a value-added experience with competitive fuel prices in every market we serve.”

Sniffen declined to discuss fuel pricing more specifically, or comment on whether the two-tier pricing system that Enticknap and Jackson propose will be employed.

“Sorry I cannot give you more details as it is commercially sensitive for us,” Sniffen wrote.

As of press time, Atlantic Aviation and Landmark Aviation had yet to respond to questions on the topic.

Jackson said ABSG advises clients to compete without sacrificing too much revenue.

“We also tell FBOs to not compete on price, but to compete on things like customer service which differentiates you,” Jackson said.

Enticknap said that while cost-conscious aviators may still do well to push for a better fuel price, pilots may also want to consider the symbiotic relationship that exists between FBOs and aircraft operators—each relies on the other. Pilots who think nothing of using the crew car and other services while skipping the fuel order may want to think about the long-term implications.

“You can’t do that, because if everybody did that there would be no FBO,” Enticknap said.