Get the app Get the app
Already a member? Please login below for an enhanced experience. Not a member? Join today
News & Media A busy session

Louisiana lawmakers had several bills of interest to aviators on the agenda for the legislative session that ended June 2, and AOPA’s advocacy team rolled up its sleeves to help stop an effort to siphon aviation dollars away from airports, a move that would have been disastrous.

AOPA Central Southwest Regional Manager Yasmina Platt fired of a letter in April to the chairman of the state House Appropriations Committee detailing the reasons why House Bill 587, which would have repealed the state’s annual appropriation to airports, needed to be stopped in its tracks. Money from state taxes on aviation fuel would have been diverted to nonaviation uses, preventing eligible airports in the state from receiving federal airport improvement funding, and done serious damage to airports that generate $3.3 billion in annual revenue while providing critical support to the communities they serve. 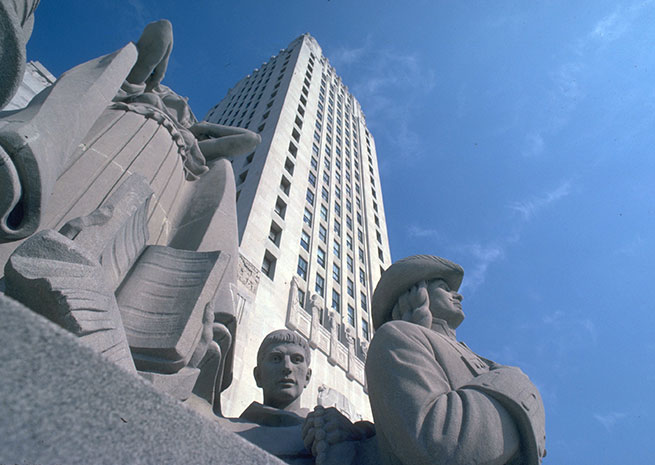 That bill never came to a vote, marking a win for aviation, jobs, public safety, and transportation.

AOPA closely followed other measures, including a bill signed by Gov. Bobby Jindal on June 23 that creates a state Transportation Infrastructure Bank dedicated to making loans and supporting public projects that increase transportation connections between state highways and airports, as well as seaports, rail facilities, and other transportation terminals. Another bill signed by Jindal in June makes it a state crime to aim a laser at an aircraft. While this is already a crime under federal law, and recently subject to additional federal enforcement efforts, Louisiana lawmakers wanted to add their own criminal penalties for this dangerous behavior, and Platt was able to provide information on this growing risk for pilots.

The effects of another new state law are less clear: Jindal signed on June 18 a measure that moves the state Department of Transportation and Development’s Aviation Office within the state government starting on July 1, 2016. The aviation office currently reports to the transportation secretary, but with this change, it will then be part of the Transportation and Development's Office of Multimodal Commerce, reporting directly to the governor. AOPA and the Louisiana Airport Manager’s Association had asked the state to leave well enough alone, and are still working to learn what the exact effects of the change may be.

Another measure that AOPA voiced strong support for, expanding the state definition of recreational use to include aviation among activities for which landowners enjoy specified protection from liability, failed to garner enough support for passage by June 2. AOPA has supported similar measures across the country, and will continue to work with stakeholders to develop legislation that will protect pilots’ backcountry access in next year’s session. Louisiana pilots will be called on to support this effort when the time comes to renew it.