Get the app Get the app
Already a member? Please login below for an enhanced experience. Not a member? Join today
News & Media Embraer touts milestones

Business has been very, very good for Embraer recently. Among all light jets, Embraer’s offerings have scored impressive competitive milestones. In a press conference, Senior Vice President of Sales and Marketing Intelligence Jose Eduardo Costas said that Embraer’s Phenom 300 claims 54 percent of light jet market deliveries, and that a total of 500 of Embraer’s Phenom line of twinjets have been delivered. 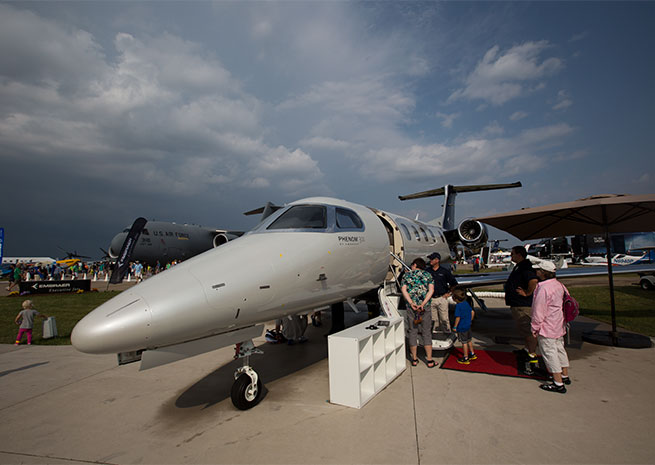 Whether that success continues depends on several economic variables. On the positive side are record high corporate profits and a large number of high net worth individuals. Less encouraging is so-so world gross domestic product growth, a strong used-jet inventory, and a middling growth in flight activity. Outright negative variables include what Embraer considers risky European markets, a slowdown in emerging markets, and a general lack of confidence in what has turned out to be a slow recovery from the 2008-2012 economic recession.

Still, Embraer continues to invest in the future. Its Melbourne, Florida assembly facility is set for a big expansion. Phenom 100s and 300s are currently readied for delivery at the Melbourne plant, but by 2016 the company’s new Legacy 450 and Legacy 500 will also be completed there. Embraer will build a separate plant for those airplanes, and add 300 new employees to the existing 290 on the Melbourne workforce. Today, there are a total of 1,400 Embraer employees in the United States. 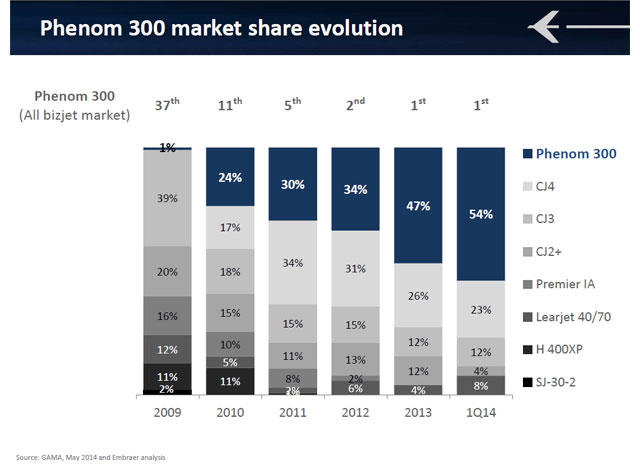 AOPA Pilot Editor at Large
AOPA Pilot Editor at Large Tom Horne has worked at AOPA since the early 1980s. He began flying in 1975 and has an airline transport pilot and flight instructor certificates. He’s flown everything from ultralights to Gulfstreams and ferried numerous piston airplanes across the Atlantic.
Go to Thomas A. Horne's Profile
Topics: Financial, Aviation Industry, EAA AirVenture