Get the app Get the app
Already a member? Please login below for an enhanced experience. Not a member? Join today
News & Media Baker: Medical reform is AOPA's top priority

Speaking before a packed house July 29 at the AOPA yellow seminar tent on the EAA AirVenture grounds, AOPA President Mark Baker reiterated his position that the FAA must respond to the association’s request for action on the long-dormant third class medical reform petition.

“They can say yes, or they can say no, but they can’t not answer us,” Baker told the crowd, noting that getting a positive response from the agency is AOPA’s number one goal. AOPA and EAA petitioned the FAA nearly three years ago to eliminate the third class medical requirement for pilots flying under certain conditions if they qualified for a driver’s license and took an annual course to know how to self-certify their health to fly. Decades of data show that medical incapacitation is a causal factor in an insignificant number of accidents and even then the medical exam does nothing to predict the likelihood of an accident. A decade after allowing sport pilots to fly using self-certification and a driver’s license, there have been no accidents where medical incapacitation led to an accident. “We’re laser focused on this,” Baker said.

The FAA’s inaction caused AOPA and other GA organizations to turn to Congress where two members of the GA Caucus, Reps. Todd Rokita (R-Ind.) and Sam Graves (R-Mo.), introduced the General Aviation Pilot Protection Act, which, if passed, would force the FAA to eliminate the third class medical requirement for a large group of pilots.

Baker recently met with FAA Administrator Michael Huerta, seeking his support. Baker told the crowd that he believes Huerta genuinely wants to move forward on the proposal, mostly likely in a two-step process that will at first offer some relief to pilots, but ultimately through rulemaking increase the number of pilots free of the medical requirement. Huerta will address the EAA AirVenture crowd on July 31, but he has been mum on whether he will bring good news about medical reform. 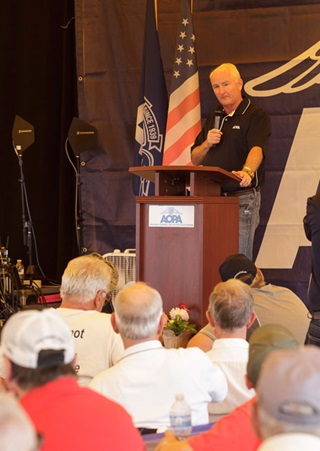 In addition, Baker noted that helping more pilots have access to more aircraft at an affordable cost is a goal of the association. He pointed to the bright yellow Cessna 152 sitting next to the seminar tent as an example of how AOPA is trying new things to spur GA activity. Working with AOPA, Aviat Aircraft recently fully refurbished the 35-year-old aircraft from spinner to tail. AOPA is acquiring three of the airplanes to station around the country to show how much value remains in older refurbished aircraft, especially for flying clubs, flight schools, and partnerships. With special financing arranged through banks in the AOPA Aviation Finance Co. and cooperation with insurance underwriters, Baker said the 152 can be owned and flown by an established flying club for $65 an hour. The 152, he said, is a great airplane for quick proficiency flights and getting an aviation fix with a friend in a flying club. “Hop over to a nearby airport for breakfast or go practice a few landings and after 30 or 40 minutes, you’ve burned maybe three gallons of gas. This can be affordable,” he said.

One way to quickly grow the pilot population is to re-engage lapsed pilots, Baker reminded the audience. AOPA’s Rusty Pilot program will be held in some 54 locations this year. Under the program, AOPA provides a professionally designed two-hour ground school for a local flight school to present to lapsed pilots in their region; the ground school counts as the ground portion of the FAA-required flight review. AOPA markets the free course to those lapsed pilots on behalf of the flight school. To date more than 1,200 pilots have attended the programs. On average, they have been away from flying for seven years, and some 70 percent of them sign up with the flight school to take the flying portion of the flight review. “There are some 500,000 people under age 75 who have already gone to the trouble and expense of getting a pilot certificate, but who no longer fly. They are the low-hanging fruit in growing the pilot population and the Rusty Pilot program is proving to be popular in getting them back.”

After the session, Baker fielded questions from the audience on subjects ranging from user fees to Customs and Border Protection stops and airport issues. 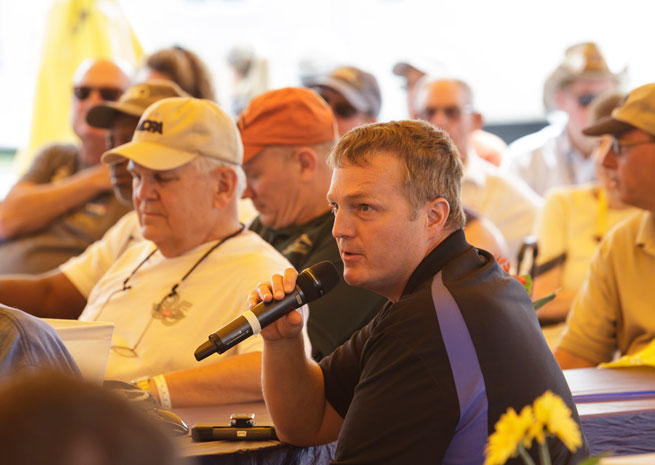 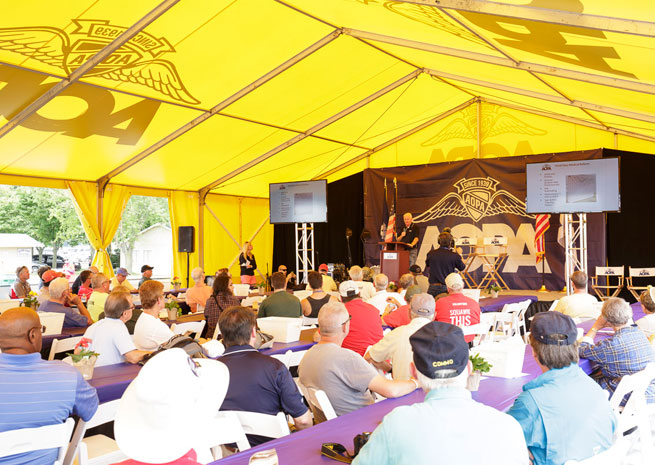 Editor in Chief
AOPA Editor in Chief Tom Haines joined AOPA in 1988. He owns and flies a Beechcraft A36 Bonanza. Since soloing at 16 and earning a private pilot certificate at 17, he has flown more than 100 models of general aviation airplanes.
Go to Thomas B Haines's Profile
Topics: Advocacy, Pilot Health and Medical Certification, Training and Safety 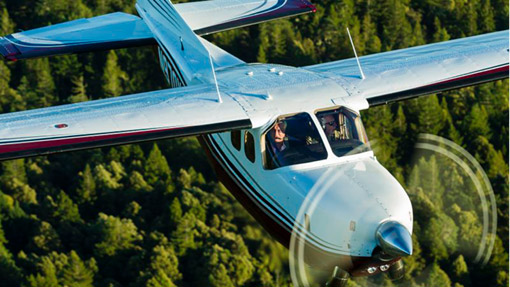