Get the app Get the app
AOPA will be closing at 2:30pm ET Wednesday, November 23rd, and will remain closed Thursday and Friday in observance of the Thanksgiving holiday. We will reopen Monday November 28th at 8:30am ET.
AOPA Members DO more LEARN more SAVE more - Get MORE out of being a pilot - CLICK HERE
News & Media Unusual attitudes

Aerobatic aviators, and a warm welcome in store at Plymouth

Smiles, virtually everywhere you turn, will make you feel welcome, and the skills long taught and honed at Massachusetts' Plymouth Municipal Airport might just save your bacon one day.

The airport located just inland from beaches and Plymouth Rock will host the third AOPA Regional Fly-In of the year on July 12. The day’s events will include a presentation (on decision making and defining personal limits) by one of the locals, who happens to be a legend on the airshow circuit and competitor in the Red Bull Air Race series: Mike Goulian has a hangar and office complex on the south side of the field.

“Plymouth is the general aviation airport that everybody dreams of,” Goulian said, leaning against his oft-photographed Extra 330SC after a sunrise photo pass. “It has a community that supports it.” 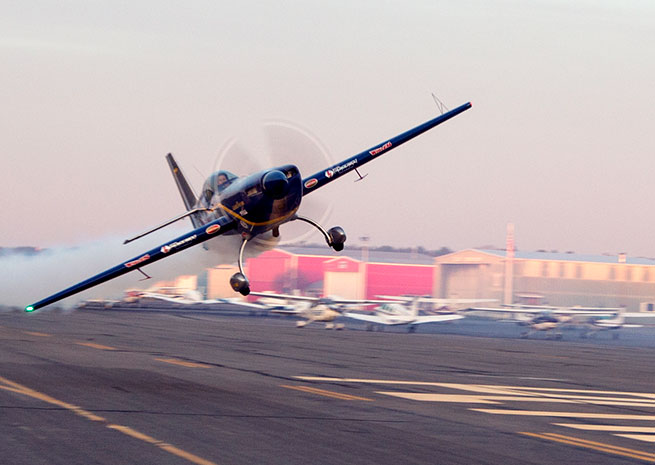 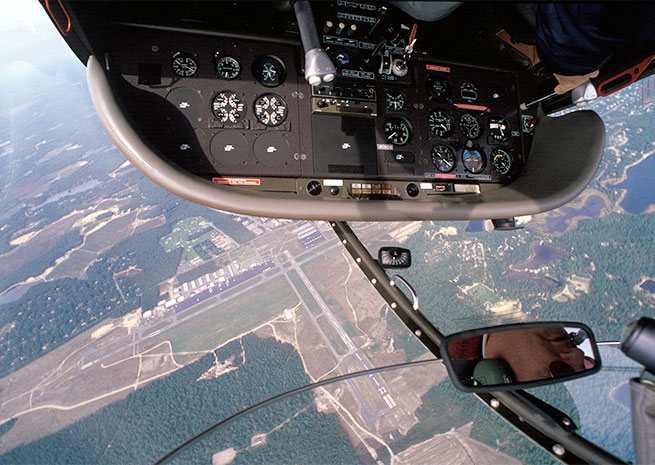 Plymouth, like nearby Hanscom Field in Bedford, Mass., where Goulian’s parents started the family flight school in 1964, a school Goulian continues to operate with his family, has long been an aerobatic training ground.

“Plymouth was sort of a Mecca for aerobatics back in the '80s and '90s,” Goulian said, noting that Jim Thompson, “who is a great friend of mine,” taught aerobatics and unusual attitudes at Plymouth during that period. “We really created a lot of the aerobatic pilots that live in the Northeast today.”

Among those pilots, Bill Crawford has run an aerobatic school of his own for 15 years. He occupies a hangar (with classroom and office space) just across the main runway from Goulian’s home base. Crawford took lessons from both, along with seminars at the National Test Pilot School, and created a curriculum covering advanced aerodynamics, upset and unusual attitude recovery, and aerobatics—“all-attitude airmanship,” as Crawford phrases it on his website. 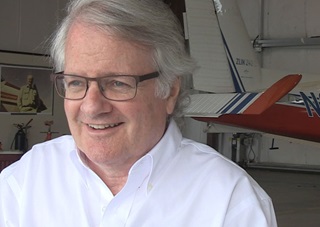 Crawford teaches in a SIAI-Marchetti SF.260 (very similar to those that recently dropped into Plymouth for a few days of air combat), and a Zlin 242, a Czech-made two-seater with an appearance reminiscent of an industrial refrigerator that belies its agility. Crawford chose his aircraft for their handling characteristics—the SF.260 likes to drop a wing, sometimes rather suddenly, in the stall, for one thing—and their ability to produce behavior that correlates as closely as a straight-wing piston aircraft can to swept-wing corporate jets and other types of aircraft not certified for spins, aircraft for which the recovery remains a theoretical exercise. He draws many of his customers from corporate flight departments. Private pilots also seek Crawford out for the same real-world training in spin recovery (and spin avoidance), aerobatics, and advanced aerodynamics. His students learn many details of what makes aircraft behave the way they do in a variety of attitudes and energy states; they also learn to predict aircraft behavior more accurately.

“It seems to me that spin training generally puts somebody a level up, a significant level up from where they were before,” Crawford said during a recent visit to his hangar. “The really great pilots are the ones who keep learning, which is sort of a cliché, but it's absolutely true.”

Crawford’s students often learn that not everything they’ve been led to believe about airplane behavior is precisely true, particularly when it comes to high angles of attack and unusual attitudes. For one thing, relying on elevators and rudder alone to stop spins, as some are taught, works in many aircraft, but by no means all: sometimes, ailerons are needed—deflected into the spin—to help the rudder and elevator restore symmetrical lift and stop the autorotation. 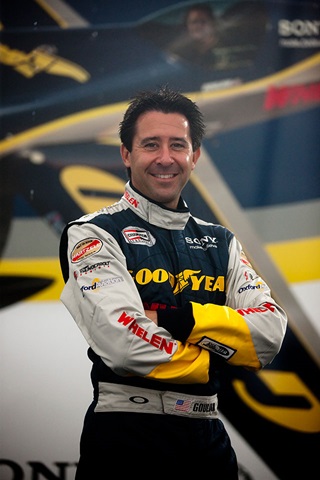 “It’s really the aileron that saves you,” Crawford said. And he’s prepared to prove it. Though flight activity during the AOPA Fly-In is likely to preclude lessons during the day itself, Crawford is happy to book lessons with new students before or after. He offers a variety of programs, and can customize instruction as well. More than 800 aircraft arrived at AOPA’s first two regional events (combined), and a large crowd is also expected at Plymouth on July 12, so pilots might want to consider arriving a day or two early and making a weekend of it (perhaps booking some lessons on unusual attitudes).

Like Goulian, Crawford has settled in Plymouth to stay, and credits Airport Manager Tom Maher, along with supportive community leaders and the community as a whole, for creating the right environment for GA to flourish. It certainly doesn’t hurt that there are abundant attractions in the area, including historic Plymouth itself, nautical activities, golf, beaches, and a great deal more to occupy any pilot’s down-time.

“It's a dream spot,” Goulian said. “When you drive through the gate at Plymouth, you have to have a smile on your face because that's what it's all about.”

And Crawford aims to keep his students smiling during and after their flights, as well.

“When they get on the ground they are so happy,” Crawford said. “This was fun, this was really great, this felt good to do. If I can put somebody in that mood, then I'm really happy.”

One tip from the locals: Bed and breakfasts abound in Plymouth and the surrounding region, though they tend to fill up during the summer season. There are also a variety of hotels to choose from, but for those looking for a classic New England lodging experience (and more smiles), visit Destination Plymouth County for a listing of area B&Bs, and book sooner than later.

Details on the July 12 Fly-In, including registration for your free meal, seminar schedule, exhibits, and fly-in procedures are available here.