Get the app Get the app
Already a member? Please login below for an enhanced experience. Not a member? Join today
News & Media Fresh seafood, living history

Many great reasons to spend a weekend in Plymouth

The lobster is fresh and succulent, served up steaming (alongside an equally delicious bisque), with a view of Cape Cod Bay and boats of the commercial fishing fleet that supply the catch.

The Lobster Hut is perched on the waterfront of Plymouth, Mass., next door to Wood’s Seafood and not far from the famous Plymouth Rock and Mayflower II, a replica of the original ship that brought the pilgrims to Massachusetts. It is not the fanciest seafood joint—order at the counter, pick it up when your number is called—but it has earned a reputation for delicious food that draws locals and tourists alike. There are miles of beaches, parks, golf courses, historic homes, shopping, and scenery in the vicinity; Boston is about an hour north by car; Cape Cod is closer still, to the south.

Tom Hurley, a local pilot and president of the Plymouth Aero Club, moved to America’s Hometown, as the landing spot of the pilgrims has come to be known, in 1986. 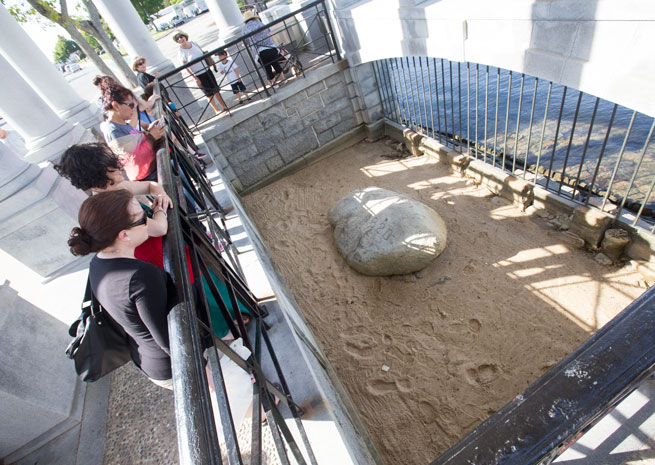 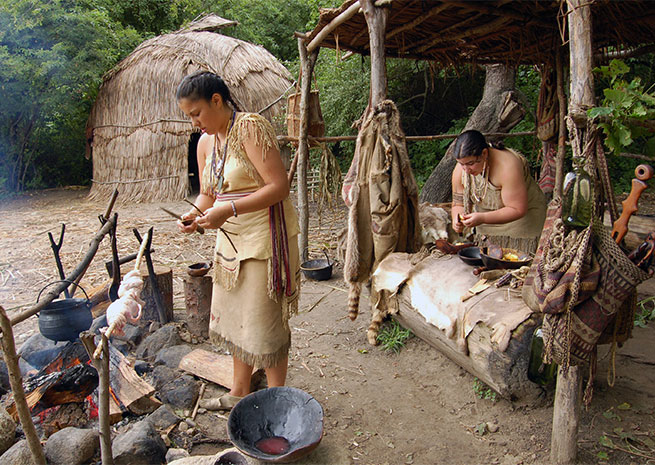 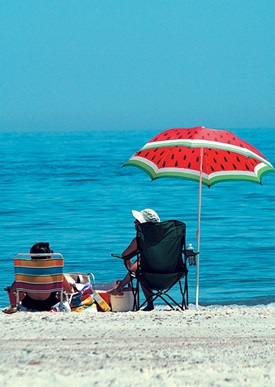 “It still feels like we’re on vacation,” Hurley said. “There’s always something to do.”

A nontowered field with an ILS and two GPS approaches, Plymouth Municipal Airport has long served as a general aviation gateway to Boston and the region. Local pilots and airport staff are preparing for a big crowd on July 12, when the third regional AOPA Fly-In is expected to draw hundreds of aircraft and thousands of visitors. There will be plenty to see and do on the field that day, including exhibits, seminars, demonstrations, a chance to view an eclectic collection of aircraft, and meet some of the friendliest and most welcoming pilots you’ll find anywhere. As Hurley and others said during a recent visit, they’re proud of the airport community they have created, and eager to show it off.

“We hope that people from all over the country come and visit Plymouth,” Hurley said.

Those who do will find much to see, do, and taste, from the dockside lobster (pronounced locally as "lobstah") to a golf course adjacent to the airport that is one of many within easy reach. 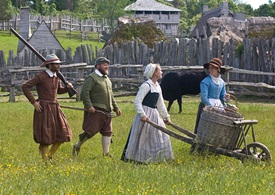 Drawing about 350,000 visitors each year, Plimoth Plantation (spelled in the 17th century style) is the top local tourist draw, an expansive living history museum with five operating sites staffed by professional reenactors who portray the daily life of 1627. It is worth a day on its own, and an excellent reason to make the AOPA Fly-In a weekend visit. A celebration of the grand opening of a new bakery, Plimoth Bread Baking Co. located on the main campus, will continue July 13, with revelry, music, and free bread for the tasting.

That is only a sample of what’s baking in Plymouth: Sweet delicacies are also served up downtown, a walkable four miles from the airport. The route is full of New England charm.

Reserve a rental car along with your free lunch (offered to members and family at the AOPA Fly-In—register here), book a hotel or bed and breakfast, and make this gathering of pilots and aircraft a weekend getaway. You can even spend a week without running short of things to see and do—including the scenic flying to be had over Cape Cod Bay, and Cape Cod itself, with its own set of airports and attractions just minutes away.

Top 10 things to see and do in Plymouth 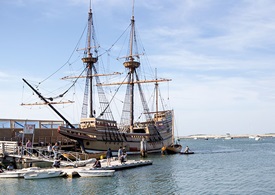 1. Taste your history. Plimoth Plantation is a living history museum with five operating sites (including Mayflower II) in three locations that give visitors a chance to see, taste, and touch a slice of 17th century life. A celebration of (and tasting from) a new period bakery at the main facility will be underway July 13.

3. Catch a lobstah. Plymouth Cruises offers a variety of fun nautical themes, including lobster cruises, on which passengers are encouraged to get hands-on with the lobster pots. Call 508/746-5342 for reservations.

4. Eat a lobstah. Wood’s Seafood and The Lobster Hut are located right on the docks where lobstermen bring their daily catch.

5. Wash it down with a local libation. Plymouth Bay Winery on Water Street offers daily tastings of locally grown wines. The Dirty Water Distillery is also downtown, and offers tours by appointment. Email  or call 508/927-3260.

6. Play a round of golf (or two). There are a dozen courses within about a 15-minute drive, including the Village Links Golf Course, with 18 holes open to public play located directly across the street from Plymouth Municipal (and under the downwind for Runway 6). 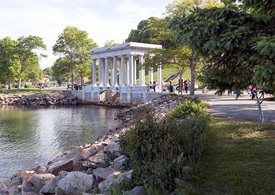 7. Build a sand castle. There are several public beaches and parks within easy reach, well suited for sun soaking, beach combing, swimming, and, if the mood strikes, building sand castles.

8. Take in a show. Plymouth is home to several art galleries, artist and artisan studios, museums, and performing arts centers. Americana Theater Co. (in the Plymouth Community Arts Center on North Street) has performances planned Thursday through Sunday at 8 p.m. during the weekend of the AOPA Fly-In. Call 508/591-0282 or visit the company's website for tickets and information.

9. Treat your sweet tooth. Cupcake Charlie’s offers a wide array of decadence, and if you have a little useful load to spare, there’s Piece of Cake and the Blue Blinds Bakery. On the off chance you left yourself some room, there are many fine restaurants downtown.

10. Ride the rails. Cape Cod is close at hand, and a short flight to Hyannis, Mass., will put you within a mile of the Cape Cod Central Railroad terminal. A brunch train departs Sundays at 11:30 a.m., along with a shoreline excursion train; there are additional options and routes. Call 888/797-7245 for reservations.