Get the app Get the app
Already a member? Please login below for an enhanced experience. Not a member? Join today
News & Media AOPA, EAA leaders meet to solidify ties 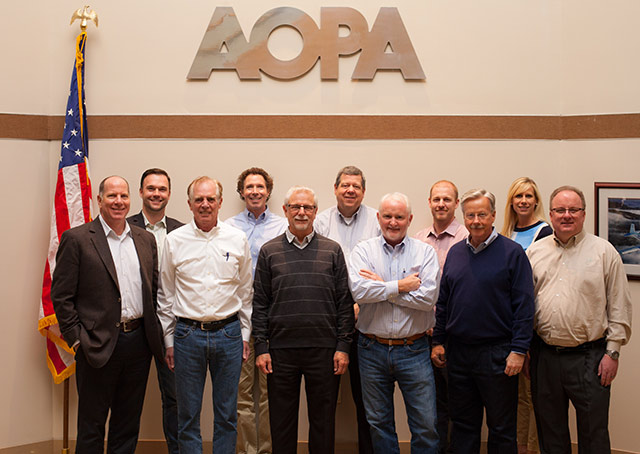 Third class medical reform, the FAA’s hangar use policy, Automatic Dependent Surveillance-Broadcast (ADS-B), and growing the pilot population. These are a few of the many issues leaders of AOPA and the Experimental Aircraft Association discussed during a meeting designed to further strengthen ties between the organizations, held in March at AOPA headquarters in Frederick, Maryland.

“Both AOPA and EAA are committed to supporting and growing general aviation,” said AOPA President and CEO Mark Baker. “And we’re most effective when we can work together to achieve shared goals for our members. Whether we’re advocating for pilots on Capitol Hill or tackling regulatory challenges with the FAA, we’re stronger when we combine our voices and resources to get the job done.”

Ensuring reform of the third class medical process is a top legislative priority of both associations. Both AOPA and EAA are asking their members to reach out to their congressional representatives to bolster broad support for the Pilot’s Bill of Rights 2. The bill includes provisions to eliminate the need for many pilots to obtain a third class medical.

Both groups are also concerned about the cost of equipping general aviation airplanes in order to meet the FAA’s 2020 ADS-B out mandate. The groups have pushed the issue hard in recent months, and Baker said he thinks pilots will soon have more reasonably priced options. EAA Chairman of the Board Jack Pelton briefed the joint group on specifics of the FAA’s recent policy change that created a path for experimental aircraft to legally equip.

The associations also collaborate beyond legislative and regulatory issues, including critical efforts to support and grow the pilot population. EAA reiterated its commitment to Young Eagles, saying the organization continues to look for ways to help those who have received rides move on to the next step. AOPA offered to help in that process and said it is expanding its efforts to support new and existing flying clubs with helpful resources and refreshed tools to connect more pilots with flying clubs near them.

Members of both organizations will see their presence expand at their respective events, with EAA participating in all of this year’s AOPA Fly-Ins, and AOPA making its AirVenture location even more dynamic and engaging.