Get the app Get the app
AOPA Members DO more LEARN more SAVE more - Get MORE out of being a pilot - CLICK HERE
News & Media Training Tip: Bad approach, good lesson

The pilot raised the left wing to roll out of the turn to the base leg for Runway 4 at Old Town Municipal Airport in Maine and was surprised to see the runway already slipping behind the wing as an unexpected tailwind component shoved the aircraft southeastward at a high groundspeed.

Was the approach salvageable? Not something to debate at low altitude, in moderate turbulence, with treetops near. Not to mention the surprise factor, never an ally of clear thinking.

"Time to go around," the instructor in the right seat was thinking. However, in the interest of effective and realistic training, the CFI decided to let the approach continue just a bit further to give the pilot in training more time to size up the situation independently and summon the judgment to avoid an attitude like the one depicted in the overshoot illustration presented above. (Does your CFI "let you fly?" Does the instructor take away the controls abruptly without really explaining why?)

Later, in debriefing, there would be time to analyze what could have been done to produce a better approach. But starting the analysis at the beginning of that botched base leg wouldn’t do. The analysis would start at the point when the flight overflew the airport and checked the winds.

The June 20 "Training Tip: The Lingering Low" presented a scenario in which a training flight arrives at a nontowered airport in a strong, variable northerly wind; the pilot must choose between Runways 12/30 and 4/22 for landing. Either way, there will be a significant crosswind on final. The airport lacks on-field weather reporting, making the decision an educated guess based on observing a wind indicator.

Picking the runway was just one necessary decision. Visualizing the wind’s effects on each leg of the left-hand traffic pattern, and making necessary corrections preventively, was also called for. In such a case, give yourself plenty of maneuvering room by flying a wider-than-normal downwind leg; be ready for the tailwind component’s groundspeed increase when turning to the base leg; on base, crab in toward the runway to prevent drifting downwind, while descending.

About calling for that go-around: The instructor had a minimum altitude in mind, but expected the pilot to act before reaching it. Meanwhile, it was a valuable opportunity to let the pilot work through any tendency toward denial, delay, or defiance—safely learning to overcome destructive impulses that have led to so many mishaps that are officially chalked up to directional control errors during landings. 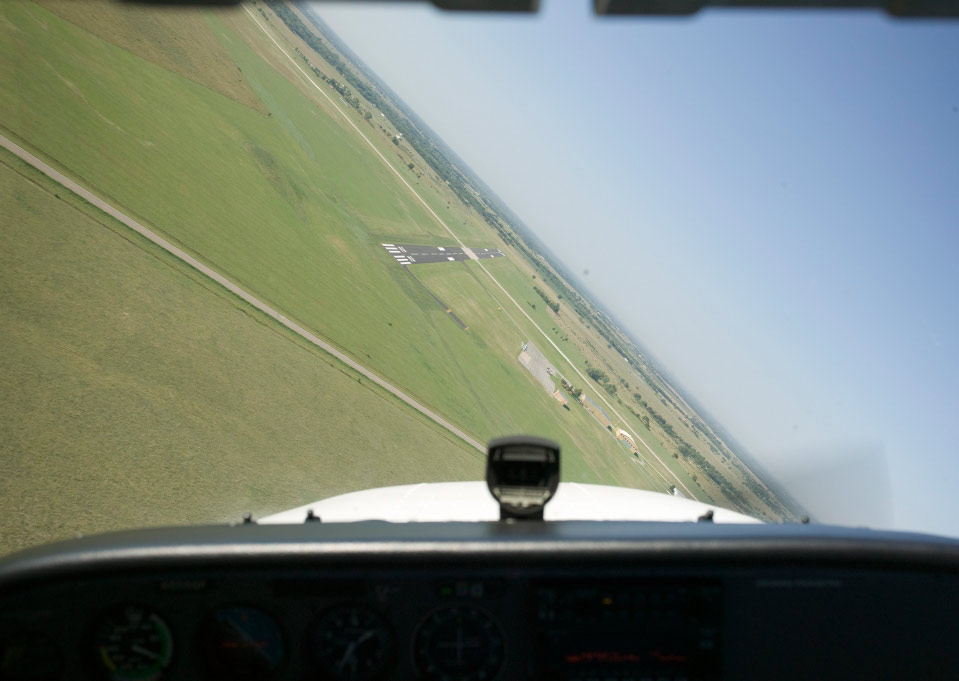