Get the app Get the app
AOPA Members DO more LEARN more SAVE more - Get MORE out of being a pilot - CLICK HERE
News & Media Training Tip: Turning down a tailwind

Training Tip: Turning down a tailwind

Established downwind in the traffic pattern, a student pilot runs the pre-landing checks, reduces power abeam the touchdown zone, and reconfigures. When the aircraft reaches the position for turning base, power is reduced more and a descending left turn is initiated.

Rolling out on base, the pilot is startled to glance left and see the runway threshold much closer than usual—and it seems to be getting closer, even before the turn to final begins.

Airspeed and descent rate are normal, so what’s wrong? What the student is observing is visual evidence that there will be a strong tailwind condition on final—something to avoid.

Why? In a 10-knot tailwind, a Cessna 172 requires 50 percent more runway for obstacle clearance and landing than in zero wind, according to performance notes in the pilot’s operating handbook.

Running out of runway isn’t the lone hazard: With groundspeed higher than airspeed because of a tailwind, your touchdown may be too fast, and difficult to control. A quartering tailwind complicates controllability even more.

Disbelief or confusion can forestall response—but once you begin to turn final, the tailwind’s effects will become even more visually striking as the aircraft accelerates over the ground, just as it does in the downwind turn of a ground-reference maneuver.

Don’t engage in drastic maneuvering to capture the extended runway centerline or get down. It’s time to go around, then request a more appropriate runway. At a nontowered airport, aviate first, then communicate to other local traffic that you will re-enter the pattern for another runway.

Going around at the earliest indication of the tailwind condition is the safest call—and even that decision is compromised if you hesitate. Mishaps have occurred after a pilot aborted a tailwind landing only to run out of room before reaching obstacles off the end of the runway.

Pilots have been lulled into choosing the wrong runway by relying completely on wind reports from an automated station or the FBO, so seek multiple sources of wind information. Does the windsock, with its instantaneous indication of wind direction and speed, confirm other reports?

Surface conditions can change quickly, especially when bad weather is moving in, as this tailwind landing accident  illustrates.

Some accident causes are stealthy. A tailwind condition on final isn’t. Recognize the signs, avoid the consequences! 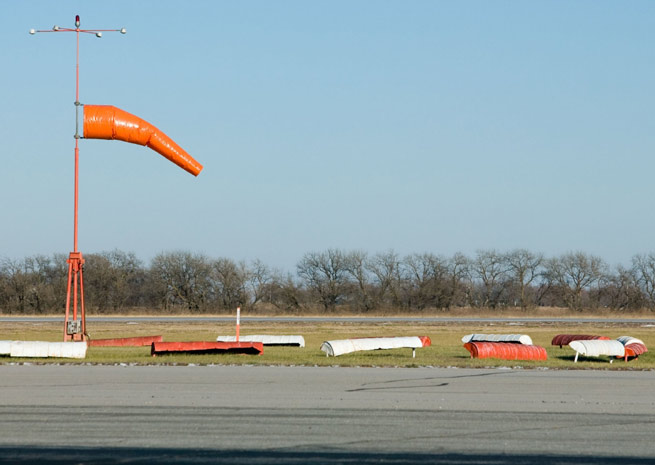 Dan Namowitz has been writing for AOPA in a variety of capacities since 1991. He has been a flight instructor since 1990 and is a 35-year AOPA member.
Go to Dan Namowitz's Profile
Topics: Flight School, Aviation Industry, Takeoffs and Landings