Get the app Get the app
AOPA will be closing at 1:45pm ET on Tuesday, December 6th. We will reopen Wednesday morning at 8:30am ET.
AOPA Members DO more LEARN more SAVE more - Get MORE out of being a pilot - CLICK HERE
News & Media Team flying Cirrus SR22 wins Air Race Classic 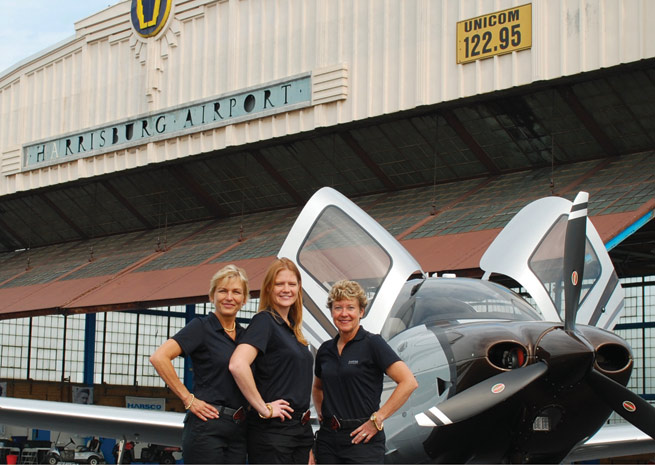 A past winner was among the three members of a team that flew a Cirrus SR22 to victory in the 2014 Air Race Classic, the all-women’s annual cross-country air race held from June 16 to 19.

Dianna Stanger, Joyce Wilson, and Erin Cude finished first of 47 teams to fly the 11-leg, 2,338-nautical-mile race from Buchanan Field in Concord, Calif., to Harrisburg, Pa.’s Capital City Airport. The 2014 race was the thirty-eighth running of the race that traces its history back to the 1929 Powder Puff Derby.

Stanger, a fixed-base operator and airport manager in Calhoun County, Texas, won the 2012 race with co-pilot Victoria Holt. AOPA is a sponsor of the Air Race Classic.

The winning team of Stanger, Wilson, and Cude flew an SR22 provided by Cirrus, which said it was "doing its part to raise awareness for women in general aviation." Cirrus also was to help select the winner of the 2014 Racing Aces Scholarship, a $5,000 award initiated by Stanger in 2012 and awarded to a young woman in aviation.

Flight test data produce a handicap speed for each aircraft against which its groundspeed is compared. Flying is done in day VFR conditions.