Get the app Get the app
Already a member? Please login below for an enhanced experience. Not a member? Join today
News & Media AOPA challenges city to let voters decide SMO future 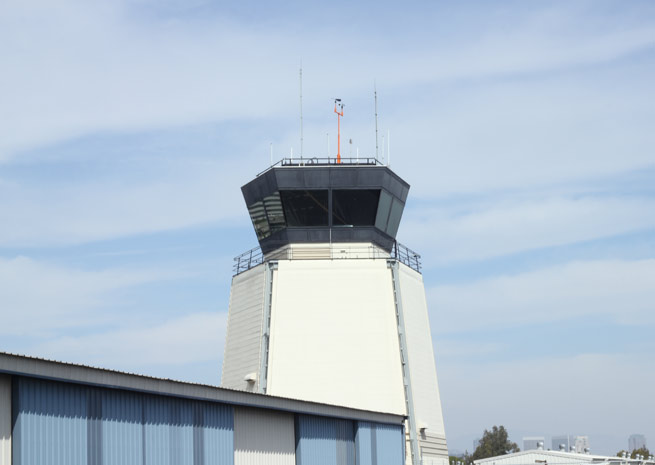 Following an hours-long meeting during which AOPA challenged the Santa Monica City Council to let voters decide the future of the city’s airport, the council voted unanimously to continue pursuing a number of measures that could ultimately lead to closure of the field. Polls have consistently shown that the majority of Santa Monica residents want to keep the airport open.

“If you really want to represent the people of Santa Monica, the people who put you in those chairs, then put a measure on the ballot and let the voters decide how the airport will be used,” Dunn said.

But city council members, some of whom have been trying for years to close the federally obligated airport, were unmoved.

While the council did agree to offer three-year leases at the airport with up to five one-year renewal options, it also approved a number of actions with the potential to strangle and ultimately shutter the airport. These include positioning the city for closure of all or part of the airport after July 1, 2015; seeking city control of 37 acres of airport property that includes a 2,000-foot section of runway; developing a contingency plan for low-density redevelopment of the airport; and mitigating the airport’s impact on the community.

“In practical terms, these decisions set the city on course to keep doing what it has been doing—trying to close this airport. Conversation at the meeting included the possibility of ending fuel sales, shortening the runway so it could only accommodate smaller aircraft, and raising fees,” said Dunn. “These are all ways of trying to get around the city’s obligation to operate the airport.”

In all, more than 100 people spoke at Tuesday’s meeting, with about half speaking in favor of the airport.

Santa Monica Municipal Airport delivers some $250 million in annual economic impact, hosts 175 businesses, and is responsible for 1,500 jobs in the city. Opinion polls have shown that the majority of Santa Monica residents, including neighbors who are not pilots, want to keep the airport open. Most airport opposition comes from a small but vocal group, many of whom live outside the city.

The airport covers 227 acres of land in the heart of Santa Monica. And while some airport opponents hope the land would be turned into a park if the airport is closed, a more likely scenario would put new business and residential developments in the airport’s place, potentially adding to the traffic and parking congestion already plaguing the city.

The city of Santa Monica recently lost a court case designed to lead to closure of the airport. U.S. District Judge John F. Walter on Feb. 13 granted a motion from the Department of Justice and FAA to dismiss the lawsuit to release the city of Santa Monica from its obligation to operate Santa Monica Municipal Airport as an airport. AOPA and the National Business Aviation Association joined forces to file an amicus brief in that case.

AOPA has been heavily engaged in efforts to preserve the historic airport, meeting regularly with airport supporters, the FAA, and others to make sure the field stays open

“This is far from over, but we’re prepared to continue the fight,” said Dunn, who was interviewed by television reporters following the meeting. “Santa Monica Municipal plays a critical role in the local economy and the national transportation system. The airport is used for everything from business and pleasure flying to delivery of vital medical services, and people deserve to know the truth about the value this airport delivers and what’s at stake if it’s allowed to close.”