Get the app Get the app
Already a member? Please login below for an enhanced experience. Not a member? Join today
News & Media Second launch: Swearingen design gets update

The elusive SyberJet SJ30, a sleek, fast, high-flying light jet with long range and distinctively bowlegged mains, may soon make believers of those made skeptical by the two-decade wait. Only four have ever been sold, one to actor Morgan Freeman, who joined SyberJet Aircraft officials for a May 1 groundbreaking in Cedar City, Utah, where a completion and delivery center—the first phase of a factory master plan—is scheduled to be online by year’s end.

Freeman will be the launch customer (or re-launch customer, arguably) of an updated version of the SJ30, being prepared for certification of significant updates to the design that Freeman purchased in 2009. Deliveries of the SJ30i, equipped with Honeywell-designed SyberVision avionics—including synthetic vision and other modern features—and a new interior, are expected in 2015, with an engine update to follow in 2017.

Those stand to be milestones in an aircraft history that stands out for long endurance in the absence of significant success. 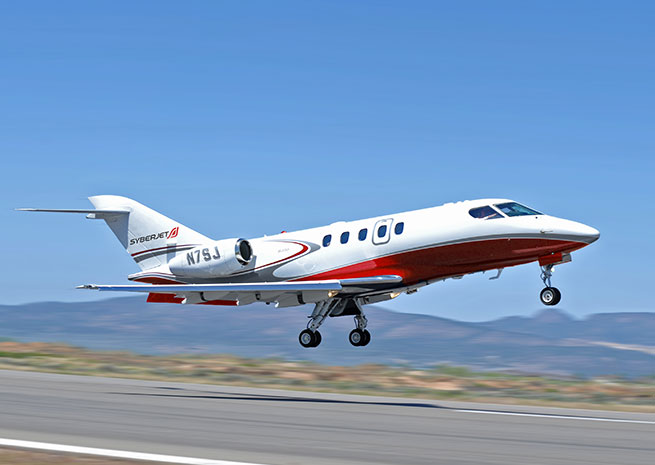 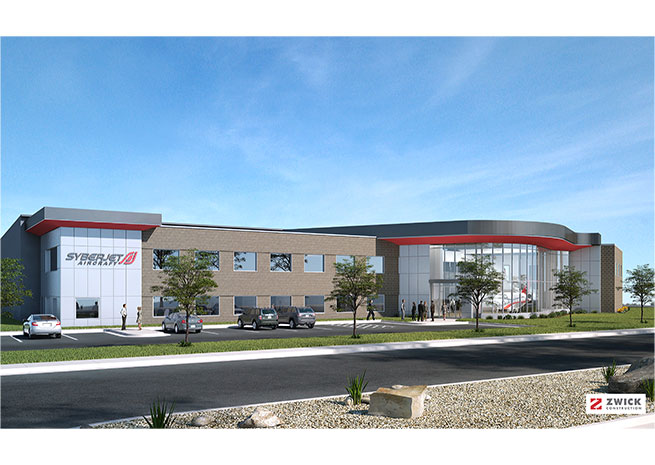 The SJ30—previously known as the SA-30, the Gulfstream Gulfjet (Gulfstream’s involvement ended in 1989), the SJ-30 and the SJ30-2—was conceived by aircraft designer Ed Swearingen, and was rolled out at the 1991 Paris Air Show. It remained in the prototype stage for the remainder of the decade, and suffered the loss of test pilot Carroll Beeler in 2003. The NTSB determined in 2005 that the probable cause was the manufacturer’s incomplete research on high-speed stability. Changes had been made, and in October 2005, the office of Sen. Jay Rockefeller (D-W.Va.) celebrated FAA certification of the “first new American corporate jet manufactured and designed from scratch in 45 years." West Virginia was home at the time to Sino Swearingen, and Rockefeller had high hopes for production to begin in his state: “As today shows, the future is now. The SJ30-2 is ready to fly on its own.”

The type certificate and other assets that became SyberJet Aircraft would change hands several times, and were purchased out of bankruptcy in 2011 by MSC Aerospace, a company created for the purpose by Metalcraft Technologies, which has supplied the majority of the SJ30’s parts and assemblies since 1997. Both are now MSC Aerospace subsidiaries, along with a real estate development and management firm.

Mark Fairchild, general manager of SyberJet Aircraft, declined to name a price for the updated design, which retains the 2,500-nautical mile range, seating for seven (including the pilot), and 12 psi cabin pressurization system able to maintain sea level pressure up to 41,000 feet. The SJ30 can cruise at Mach .83 (486 knots), throttling back to Mach .76 to reach the limit of its range potential. Media coverage of the National Business Aviation Association convention in 2013 included a fresh wave of SJ30 anticipation, with an expected price tag of the updated model reported at $7.25 million. Fairchild, in a telephone interview and emails with AOPA, would say only that the SJ30i will have the “same range and same performance as an airplane nearly twice the cost,” adding that it will also cost significantly less to operate than those competitors.

Fairchild has worked on the SJ30 program under its various owners and iterations since 1995, and helped achieve FAA certification in 2005. He has logged more than 1,200 hours in the SJ30 as a test pilot, and more recently watched debt and delay give way to a fresh start, with Utah giving financial incentives worth nearly $45 million to help get the SJ30 into production. The company has a slick new logo, with consistent styling in brochures and trade show displays; renderings of a sprawling factory complex also shape a new image of a jet poised for a second launch.

“This is a real opportunity,” Fairchild said.