The Santa Monica City Council is considering putting its own charter amendment regarding the future of Santa Monica Municipal Airport on the ballot in November. On May 13, the council voted unanimously to direct staff to investigate a charter amendment designed to compete with a petition now being circulated in the city.

Guidance provided to city staff indicates a possible amendment would allow voters to decide on any significant change in land use at the airport, but would also allow the city to limit or stop some core functions of the airport such as fuel sales or hangar leases. Over time, that could lead to strangulation and closure of the airport. 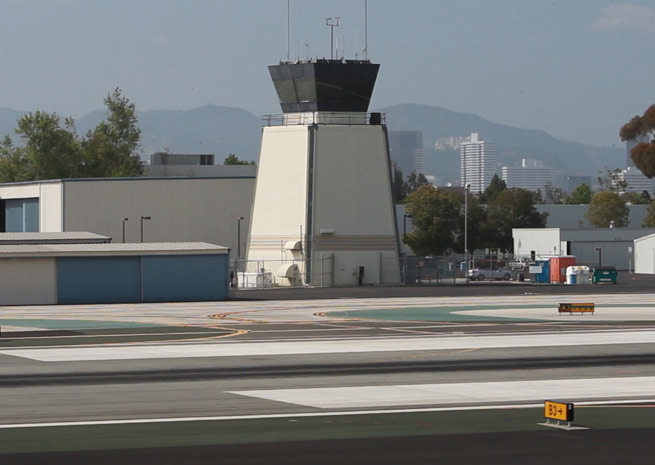 The decision to investigate such an amendment comes as signature gathering continues to qualify a different amendment proposed by a group of city residents for the ballot. The residents’ amendment would require voter approval before the city can make airport land available for nonaviation uses or can close or partially-close the airport. It also requires the city to continue to operate the airport “in a manner that supports its aviation purposes” and stipulates that the city cannot impose new restrictions that would “inhibit the sale of fuel or the full use of aviation facilities.”

“It’s clear that the city council wants to close the airport and develop the property, and this latest effort is simply another backdoor approach to do that,” said Bill Dunn, AOPA vice president of government affairs. “The airport has been a good tenant of the city for decades, providing revenue and jobs. The citizens of Santa Monica should have a say in whether or not they want to trade that for more development and more traffic.”

While the voter group must obtain more than 9,000 signatures to get its proposed charter amendment onto the ballot, the city council can simply choose to add an amendment to the ballot without collecting any signatures.

The Santa Monica Voters Decide website answers common questions about the residents’ amendment, provides the text of the proposal, and allows visitors to register their support and make financial contributions to the amendment campaign. While only Santa Monica residents can sign the petition to put the amendment on the ballot, anyone can contribute to the campaign.

“Visiting the website and making a contribution is a great way to show support for Santa Monica voters and their campaign to protect their historic airport,” said Dunn. “What’s happening in Santa Monica is symbolic of the issues faced by hundreds of GA airports nationwide. A strong response from the aviation community will make other cities think twice before trying to close their own airports.”

AOPA has committed to offering nationwide support to the effort to protect Santa Monica Municipal Airport, which plays a significant role not only in the local economy but also in the regional and national transportation system. Santa Monica Municipal acts as a vital general aviation reliever airport for nearby Los Angeles International and other airports in the congested Los Angeles Basin and delivers some $250 million in annual economic impact, hosts 175 businesses, and is responsible for 1,500 jobs in the city.