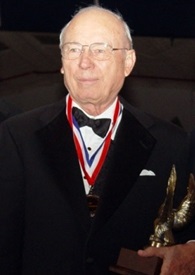 Edward Swearingen began dreaming about airplanes as a boy, and displayed an early genius as a mechanic and engineer, largely self-taught. He adapted Bill Lear’s groundbreaking F-5 autopilot for general aviation piston aircraft—among many design contributions to GA aircraft from major manufacturers—and went on to design 30 original aircraft. His thirty-first design was on the drawing board when Swearingen died May 15 at age 88, following complications from surgery, according to an obituary in the San Antonio Express-News.

Swearingen received many honors and accolades over a career spanning decades. He launched his first company, Swearingen Aviation, in 1958, and quickly attracted a list of clients including Piper Aircraft Co., Bell Helicopter, Lycoming Motors, Pratt & Whitney, and others, earning an international reputation as a go-to designer for innovative modifications and development.

Swearingen’s own designs ranged from commercial airliners (including the Metroliner) to business jets. He sold a 90 percent share of his first company to Fairchild in 1972, and continued to serve as chairman of the board of the resulting subsidiary; in 1973 he founded a new firm to focus on aircraft modification; in 1986, he formed Swearingen Engineering and Technology to market a groundbreaking business jet design, the SJ30.

That design has seen many setbacks and hurdles, but it lives on and a new company aims to bring it to market. The SJ30, Swearingen’s final completed design, offers performance that remains competitive with modern aircraft.

“I thought if a light engine could be combined with advanced aerodynamic design then you’d really have something unique,” Swearingen said in a quote posted on the SyberJet Aircraft website. “The success of the SJ30 was all about getting the best possible balance of the wing shape, engines, aerodynamics and overall design. Our performance isn’t magic; it is simple well applied technology.”

Swearingen is survived by his wife of 39 years, Janice; his daughter, Niki Francis McDaniel, and her husband; and his son, Edward Alan Swearingen, all residents of Texas.