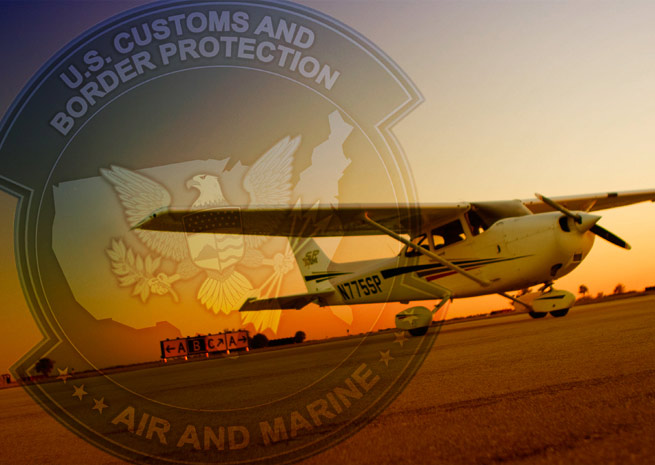 Less than one month after AOPA President Mark Baker met with Customs and Border Protection Commissioner R. Gil Kerlikowske, CBP has publicly said that it will be more careful in targeting general aviation aircraft for search.

An NPR story, “After private pilots complain, customs rethinks intercept policy,” aired on Morning Edition May 28, reported that an official with CBP’s Air and Marine Operations Center responsible for the stops and searches "told NPR his agency has heard pilots’ grievances and the program is being altered so as not to needlessly affront law-abiding pilots.”

CBP Air and Marine Operations Deputy Assistant Commissioner Eddie Young acknowledged to NPR that local police departments have approached law-abiding pilots with excessive force when responding to a tip from the agency.

“When we do make a mistake and we come up against somebody that necessarily didn’t need to be, I think that’s where we do our best to ensure that we don’t repeat those mistakes again,” NPR quoted Young as saying.

“You get a call from the feds that you may have illegal activity around this aircraft, they get pretty excitable at these local airports. Certainly in many of these cases they have overreached what we consider to be the due process,” Baker told NPR.

The article cited two stops that occurred within the last two years, one of a grandmother and grandfather from Texas traveling to New Hampshire to visit family, and another of a pilot, his brother, and three children going on a fishing trip to the Texas Gulf Coast. AOPA has received more than 50 reports from members who have detailed their encounters with law enforcement officers at airports.

AOPA brought the warrantless stops and searches of innocent pilots to the nation’s attention in May 2013. The association detailed the stop of Gabriel Silverstein who was flying from California back to New Jersey after a business trip and was searched during a stop at Iowa City. Law enforcement officers found nothing incriminating after searching his Cirrus SR22 for more than two hours. Soon, more pilots were contacting AOPA to share their similar accounts.

The association quickly began working to help Silverstein and other pilots who faced those searches, and reaching out to the Department of Homeland Security, CBP, and Congress to stop the unreasonable searches. AOPA also created a kneeboard-format checklist for pilots with information about what to do if stopped by law enforcement.

AOPA met with members of Congress, who added pressure on the Department of Homeland Security to release information about the stops and searches of GA aircraft. Multiple members of Congress wrote to and questioned Department of Homeland Security officials on behalf of individuals in their districts who had been stopped. The House called for an investigation, while the Senate demanded a “record of every stop and search of general aviation aircraft” and details of “what ‘reasonable suspicion’ existed that led to a stop and what ‘probable cause’ CBP agents had to conduct these searches.”

In March, AOPA learned from concerned fixed-base operators that federal law enforcement officials had been placing anonymous calls inquiring about pilots and aircraft that had recently landed at their airports. FBOs in Kansas, Idaho, Minnesota, and Texas said they had been contacted.

During the 12 months after Silverstein’s stop, mainstream national publications also picked up on the issue of infringing on pilots rights. The Atlantic and Los Angeles Times wrote stories about the tracking and stops of pilots, including a retired police officer and a retired U.S. Air Force major.

The national attention, congressional pressure, and outcry from the pilot community helped to open the door for AOPA to continue its advocacy work to protect pilots. AOPA President Mark Baker met with Kerlikowske on April 30 and said that egregious stops of GA aircraft must end. Baker said that there should be probable cause or a reasonable suspicion of illegal activity before stopping a GA aircraft. Reasons that had been cited for the stops, including flying east from California or making long flights, don’t cut it.

Kerlikowske told Baker that he was doing a bottom-up review of CBP’s stops of GA aircraft and would address aggressive law enforcement treatment of innocent pilots. The CBP Air and Marine Operations Center’s public announcement to NPR that it would alter its current procedures is among the first fruits being seen from that one-on-one meeting.

“We appreciate the CBP Air and Marine Operations Center’s effort to bring these overzealous encounters to an end,” Baker said. “But the monitoring and random targeting of general aviation pilots and aircraft remain the heart of the problem, and AOPA believes that such stops and searches—some of which have involved the use of police dogs and masked officers and drawn weapons—must be halted unless there is valid evidence of criminal activity.”