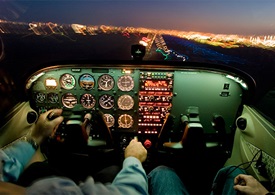 The typical weapon of choice is a laser designed for boardroom presentations, astronomy, or a similar legitimate use, and the perpetrators may be as ignorant as many pilots about the effects on a flight crew during a critical phase of flight. (Aircraft are nearly always targeted at low altitude.) The beam from a low-power device can spread over distance from a pinpoint source to cover a windshield. Green lasers that have grown in popularity in part because they are cheap to make are also the most destructive.

“Green is the color the human eye is most sensitive to. We see more green information than any other color,” said George Palikaras, a physicist and CEO of Metamaterial Technologies, Inc., and its subsidiary Lamda Guard, based in Nova Scotia.

Palikaras’ company anchors a coalition including the Canadian government, various university laboratories, helicopter operators, and aerospace giant Airbus that aims to equip civilian pilots with protection from laser attacks that can have profound psychological as well as physical effects.

“We have had discussions with pilots who were in tears,” Palikaras said. The memory of pain, blindness, inability to see even cockpit instruments carried “such a psychological impact from this that they were in tears telling the story.”

While law enforcement efforts have increased in response to a fourteen-fold increase in laser attacks reported between 2005 and 2013 (rewards of up to $10,000 for information that leads to arrest of those who intentionally target aircraft with laser pointers were announced in June), Palikaras said those with malicious intent will not be swayed by public service announcements or the threat of jail.

Glasses, goggles, and other eye protection that filters out the laser beam have long been used to protect eyesight, though it has proved challenging to engineer eyewear for aviators that blocks a laser light while still allowing enough other light through—including the lights used to mark runways, obstacles, and cockpit instruments at night.

Palikaras’ company has developed a thin film (made with a process called 3-D holography) that can be applied to curved surfaces (similar films made by others have so far been limited in how much they can curve), block both green and blue laser light simultaneously (many products currently available block only one color), and retain at least 80 percent transparency to other kinds of light. He said products currently on the market offer no more than 70 percent transparency, and, along with products developed for military use, have other limitations: laser beams striking from angles beyond 10 degrees may not be reflected effectively, while metaAIR, as Lamda Guard’s patented thin-film coating has been dubbed, can reflect beams striking at angles up to 45 degrees.

“We believe we can improve on that as well,” Palikaras said.

The desired properties of selective reflection are achieved by creating a specific geometric arrangement of extremely tiny particles within a clear substrate. The nano-composites (also referred to as metamaterials) reflect laser light but allow other light to pass through a film that can be 100 times thinner than a human hair.

Palikaras said Airbus will lead the effort to test and certify a windshield application for fixed-wing aircraft, and the companies hope to have a windshield film ready for certification testing in 2015. The company is meanwhile working with Canadian police agencies to test a visor coated with the same thin film.

“They have, right now, the most important role in this … to find the culprits,” Palikaras said.

That task is complicated by current protective eyewear technology. A police helicopter crew struck by a laser needs time to don protective gear, and will generally respond first by turning away from the light source. Palinkaras said a visor transparent enough to be worn throughout the flight will make an important difference in identifying and arresting perpetrators: “The impact of this custom solution is that they can turn into the beam right away.”

The U.S. Air Force has also been contracting for thin film technology to protect pilots’ eyes from lasers in recent years. Lt. Col. Scott Bergren of the Air Force Life Cycle Management Center at Wright-Patterson Air Force Base in Ohio, offered (through a spokesperson) brief, written responses to questions about the laser-blocking glasses made by Teledyne Technologies Inc., which was awarded a contract worth up to $20.4 million in 2012 to develop, test, and deploy up to 8,500 pairs of laser-blocking eye protection. Bergren said eyewear has been developed in preference to a windshield treatment because it may be cheaper to produce (the aforementioned Teledyne contract works out to $2,400 per pair), and eyewear can be donned or doffed at the pilot’s discretion.

Palikaras said the advantage of a windshield treatment is that pilots do not need any extra tasks (finding glasses, cleaning them, putting them on)—particularly during phases of flight that are already busy.

“All the pilots have such a high workload already we don’t want to burden them further,” Palikaras said. “We don’t really believe that the goggles are the right product for the pilots even though we could be selling now hundreds of pairs of goggles which are transparent enough, by the way.”

Palikaras said it remains to be seen how expensive this thin film will be by the time it is fully developed, tested, and certified for aircraft installation. He said there is growing interest from aircraft manufacturers, and expects to find ways to make it available to private aircraft owners as well as commercial operators.

“If I knew that I had … 100 small planes that would be interested, we can do some kind of arrangement,” Palikaras said.  While investors rightfully expect profits, “our goal here is not to make a profit from the smaller planes.”

Bergen said there are no plans to make the spectacles developed through the Air Force program available for civilian use. 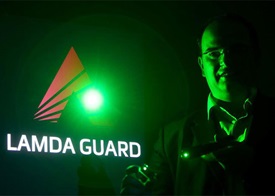 Palikaras would also like to help educate pilots who have not found out firsthand just how dangerous a laser strike can be, and is working to create a realistic simulation of the experience using eye-safe lasers that would show a pilot just how hard it can be to see runway lights, instruments, and other critical details in case of an unblocked laser attack.

“We’re happy to give this as a service free of charge,” Palikaras said. “We are interested in solving the problem, but also creating the awareness within the pilots group. And get them as a partner to help us make the product the right fit.”

Lamda Guard has yet to bring its thin film metamaterial solution to market, but it is already winning kudos for the effort: Frost & Sullivan, a California firm with a global focus on technology, market research, and growth consulting, recognized Lamda Guard Nov. 4 with an award for global product leadership.

At least half a dozen companies currently advertise laser-blocking eyewear online, though these glasses are generally adapted from other applications – essentially modified sunglasses that use older technologies. They block a significant amount of non-laser light, and have not been certified for aircraft use.

The FAA has provided advice for pilots on how to respond to a laser attack in this document (that makes no mention of eye protection already on the market). 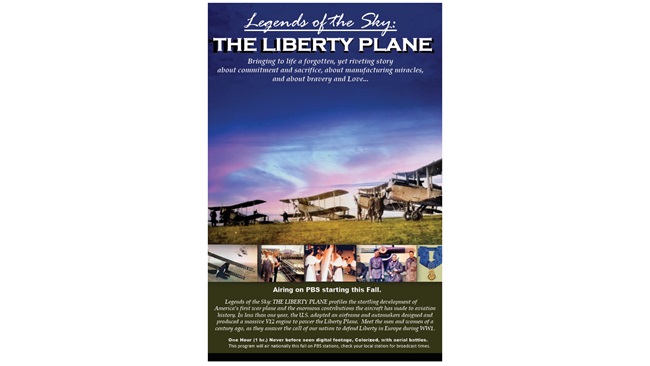