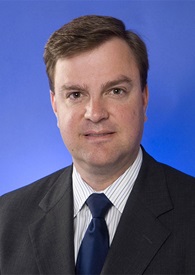 Honeywell Aerospace has named Justin Ryan the new president of its iconic BendixKing business unit, and the longtime general aviation pilot and aircraft owner will take the reins in January.

Ryan brings 26 years of civilian and military flying experience to the job, having flown the A-6E Intruder for the U.S. Navy during Operation Desert Storm, and eight years of corporate leadership with Honeywell. A Cessna 210 owner, Ryan will lead the iconic GA brand that has been resurgent of late, introducing new products in recent months including AeroWave 100 in-flight Internet hub, the AeroVue avionics retrofit for the Beechcraft King Air 200, and the KLR 10 angle of attack indicator.

Honeywell set a course for revitalization of the BendixKing brand with a series of moves in 2012, hiring Ryan’s predecessor, Kevin Gould to lead a new management team composed largely of GA pilots. BendixKing was set up as a stand-alone business unit based in Albuquerque, New Mexico, with a focus on developing new products for the marketplace the brand once dominated.

Ryan holds both a Bachelor of Science and a master’s degree in aerospace engineering from the Massachusetts Institute of Technology, and an MBA from the Wharton School, University of Pennsylvania. Ryan holds commercial, multiengine, instrument, and glider pilot ratings, and has been an AOPA member since 1993.